League sources told MLB Media and the Arizona Republic that Torkelson's deal includes a record signing bonus of about $8.4 million and a signing contingency bonus of $2,500. According to MLB Media, he will receive $100,000 within 30 days of MLB approving the pact, and 50 percent of the remainder at the beginning of July in 2021 and 2022.

The Tigers said the infielder will join their 60-man player pool for the pandemic-delayed season. He will join the team when summer camp begins later this week at Comerica Park.

The Tigers -- holding the top pick for the second time in three years -- used their No. 1 overall selection on Torkelson earlier this month. Undrafted out of high school, he led the Pac-12 in home runs as a freshman (25) and sophomore (23) at Arizona State.

Torkelson was having another standout season in 2020 with a .340 batting average and six home runs in 17 games before the NCAA canceled spring sports because of the coronavirus pandemic.

The Tigers drafted Torkelson as a third baseman, though he primarily played at first base with the Sun Devils.

With Torkelson's contract done, the Tigers have reached agreements with all six of their draft picks from this year. 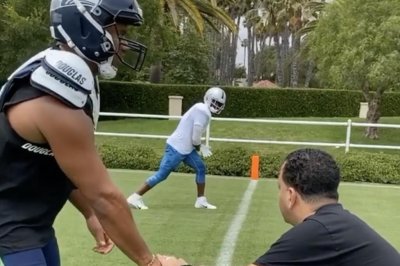