Joey Votto (R) and the Cincinnati Reds could have a better chance to reach the playoffs this year after MLB imposed a shortened 60-game season due to the coronavirus pandemic. File Photo by Bill Greenblatt/UPI | License Photo

June 26 (UPI) -- The 2020 MLB season will be unlike any other when it begins in July after a four-month delay. Quirky rules for extra innings will allow for new excitement, while a shorter season could make underdogs World Series contenders.

MLB team owners and players agreed this week to safety protocols for a resumed 2020 season after play was suspended during spring training in mid-March due to the coronavirus pandemic.

The 2020 regular season will start July 23 or 24 and include just 60 games instead of the usual 162. Both the American League and National League will use the designated hitter position -- for an entire season -- for the first time.

One of the biggest rule changes will be that each half-inning after the ninth frame will begin with a runner on second base until a team wins. The rule changes should allow for speedier games and for streaky teams to contend for post-season spots.

The New York Yankees led MLB with 60 wins at the 2019 All-Star break, 92 games into their season. New York went on to win the American League East, despite numerous injuries to its All-Star lineup. Other teams didn't fare so well in the second half.

The Boston Red Sox were 49-41 at the All-Star break last year, but missed the playoffs. The Cleveland Indians had 50 wins through 88 games and also missed out on the post-season. The Chicago Cubs, Philadelphia Phillies and Texas Rangers didn't get to the post-season despite solid mid-season starts.

The Washington Nationals began the season with a 19-31 record before they went on to win the World Series. The majority of MLB teams had played 60 games by June 4 of last season and the Twins, Houston Astros and Dodgers sprinted out to enormous division leads of at least 10 games.

The other three divisions remained tight with the NL Central tied between the Cubs and Milwaukee Brewers. The Phillies had just a half-game lead on the Atlanta Braves in the NL East. The Yankees led the Rays by just 2.5 games in the AL East.

This season, teams are expected to play 40 games against division opponents and 20 interleague games against teams in the same region.

Oddsmakers expect teams to have closer records at the end of the season due to fewer games played. BetOnline.AG projects the Yankees and Dodgers' win totals at 38.5. The oddsmaker envisions 20 teams with more than 31 wins.

Some teams that were expected to have poor records at the start of the season could end up closer to the pack in their division races due to a limited amount of games being played.

Oddsmakers have the race for second and third place in many divisions closer than usual, which would allow for an underdog team to have a shot at a playoff spot.

The Cincinnati Reds, Chicago White Sox, Los Angeles Angels and San Diego Padres all finished at least 12 games under .500 last season, but should post more than 30 wins in the new format, according to BetOnline.AG.

Some player statistics will be more impressive than usual, like batting average, slugging percentage, on-base percentage and earned-run average, but totals for home runs, stolen bases, RBIs and pitching wins can't, of course, reach the heights of past seasons.

Ted Williams was the last MLB hitter to average at least .400 for a full season -- .406 for the 1941 Red Sox. MLB players might have their best shot to reach that number this season due to the shortened campaign, but the achievement would likely come with an asterisk.

This year Bellinger, Trout, Yelich, Arenado, Anderson, Mookie Betts, Jose Altuve, Joey Votto, D.J. LeMahieu, Anthony Rendon, Freddie Freeman, Charlie Blackmon and Justin Turner should be among the players who could near -- or eclipse -- the .400 mark in 60 games.

This year, starting pitchers could get 10 to 12 outings during the regular season instead of the typical 25 to 30. The rare opportunities could make some earned run averages balloon while others could be historically low.

Many of those same pitchers could challenge Gibson's mark this year, but are unlikely to break Keefe's record. 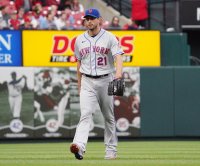 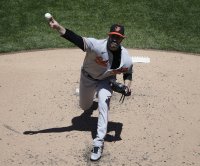