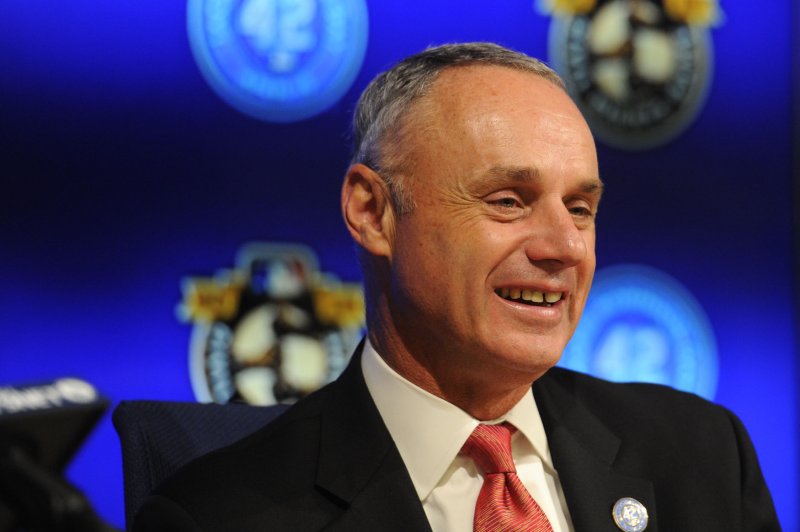 June 22 (UPI) -- Major League Baseball owners voted unanimously to play the 2020 season under the terms of their March agreement with the MLB Players Association, the league announced Monday night.

The league's owners voted to implement a 60-game season, hours after the MLBPA's executive board turned down MLB's latest 60-game proposal that included full prorated pay and expanded playoffs. According to ESPN and The Athletic, the union voted 33-5 to reject the owners' offer.

"The MLBPA Executive Board met multiple times in recent days to assess the status of our efforts to resume the 2020 season," the union said in a statement earlier Monday. "Earlier this evening, the full board reaffirmed the players' eagerness to return to work as soon and as safely as possible.

"To that end we anticipate finalizing a comprehensive set of health and safety protocols with Major League Baseball in the coming days, and we await word from the league on the resumption of spring training camps and a proposed 2020 schedule.

"While we had hoped to reach a revised back to work agreement with the league, the players remain fully committed to proceeding under our current agreement and getting back on the field for the fans, for the game, and for each other."

In its statement, the league asked the players' union to provide two pieces of information by 5 p.m. EDT Tuesday, with the first being whether players will be able to report to training camp in their respective cities by July 1. The second is whether the union will agree on the operating manual of health and safety protocols.

"Today, the Major League Baseball Players Association informed us that they have rejected the agreement framework developed by Commissioner Manfred and [MLBPA executive director] Tony Clark," MLB said in its statement. "Needless to say, we are disappointed by this development.

"In view of this rejection, the MLB clubs have unanimously voted to proceed with the 2020 season under the terms of the March 26 agreement."

The MLBPA is expected to sign off on MLB's proposed July 1 report date and the health and safety protocols to lock in a 60-game season that will begin around July 24, according to ESPN.

The owners delivered their latest offer to the players' union last week. In response to that proposal, the MLBPA sent a 70-game counteroffer to the league, which was quickly rejected by the owners.

The players' union then delayed its vote on the owners' proposal to collect new data regarding coronavirus testing after multiple outbreaks at spring training facilities in Florida and Arizona last week. The league temporarily closed all training camps Friday, later announcing that a restart of spring training would only happen in team's home cities.

The MLBPA delayed its vote again after Manfred made late adjustments to the offer. In an email to MLBPA executive director Tony Clark, the baseball commissioner wanted to cancel the expanded postseason and universal designated hitter ideas for the 2021 season if a full season isn't played in 2020.

By turning down the owners' 60-game plan, the players retained their right to file a potential grievance over the terms of the March agreement between the MLBPA and the league.