Pirates pitcher Chris Archer out until 2021 after having surgery 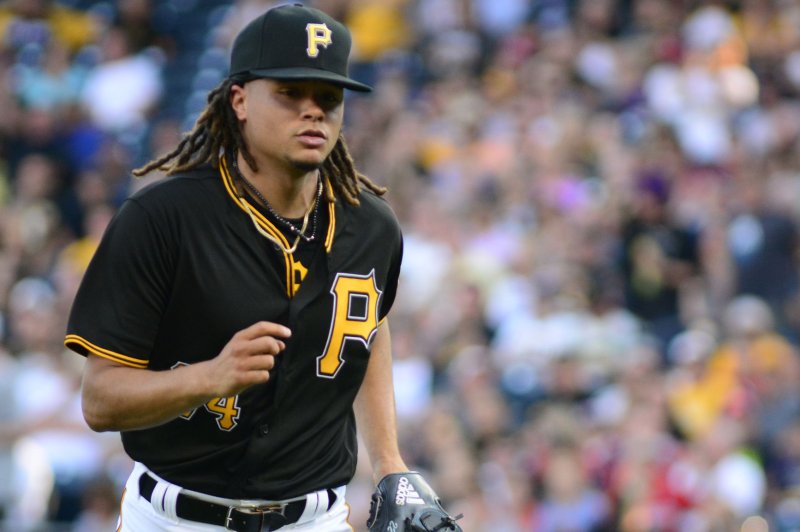 Pittsburgh Pirates pitcher Chris Archer will not play until at least 2021 after he had surgery Tuesday at Washington University Hospital in St. Louis. File Photo by Archie Carpenter/UPI | License Photo

June 3 (UPI) -- Two-time All-Star Chris Archer will not pitch until the 2021 season after he had surgery to relieve discomfort in his upper body.

The Pirates said the veteran pitcher showed symptoms neurogenic thoracic outlet syndrome, a group of disorders that occur when blood vessels or nerves compress between your collarbone and your first rib.

"After consulting with several leading vascular and orthopedic surgeons in recent weeks, the decision was made to undergo the procedure," the Pirates said.

Neurogenic thoracic outlet syndrome symptoms include pain or weakness in the shoulder and arm and tingling or discomfort in the fingers. It also results in arm fatigue.

Archer has dealt with numerous injuries since joining the Pirates. He missed his final start in 2018 due to a groin strain and then had surgery to repair a bilateral hernia.

Archer went on the injured list twice last season. He finished the season with right shoulder issues. He also dealt with neck tightness during spring training.

The 2020 MLB season was scheduled to start March 26, but has been suspended since mid-March due to the coronavirus pandemic.

Team owners and the players' union are negotiating for a resumption of play and have discussed plans for a 2020 season with 50 to 114 games.

Archer's surgery could result in the end of his time with the Pirates. The eight-year veteran has a $9 million salary this season, and Pittsburgh can pick up or decline his $11 million option for 2021.