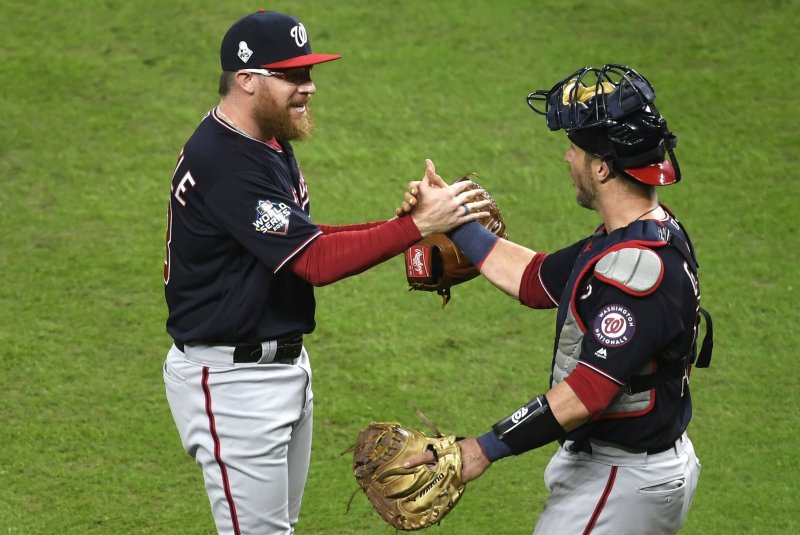 June 1 (UPI) -- Washington Nationals minor league players will now receive their full $400 stipend through at least June after the team on Monday reversed a decision to slash the payments by $100.

Sources informed The Athletic and 106.7 The Fan of the Nationals' change of course. The decision came after Nationals players announced they would give the minor leaguers the money they were set to lose due to budget cuts tied to the coronavirus pandemic.

Nationals pitcher Sean Doolittle said Sunday that Nationals players had a Zoom video conference call and decided to make up for the minor league players' lost wages. Sources also told The Washington Post and The Athletic on Sunday that the Nationals had planned to reduce the players' weekly stipends to $300 from $400 in June.

"All of us were minor leaguers at one point in our careers, and we know how important the weekly stipends are for them and their families during uncertain times," Doolittle tweeted.

MLB teams agreed to pay MiLB players $400 per week in April and May, which was a large pay cut for many.

The Oakland Athletics told their minor league players those payments would stop in June, though other teams have pledged to pay their players through August. MiLB team owners also have begun to fire front-office and game-day workers.

The player cuts and layoffs signal a potential cancellation for the 2020 MiLB season.

"Minor leaguers are an essential part of our organization, and they are bearing the heaviest burden of this situation as their season is likely to be canceled," Doolittle said. "We recognize that and want to stand with them and show our support."

A $400 weekly stipend for 250 players costs $100,000 per week per team. MLB franchises have an average value of $1.85 billion, according to Forbes. The Nationals had an opening-day payroll of $185 million at the start of the 2019 season, which ended with Washington winning the World Series.

Los Angeles Dodgers pitcher David Price has pledged $1,000 to every minor leaguer who isn't on the 40-man roster in the Dodgers' farm system through June.

Texas outfielder Shin-Soo Choo said he would give $1,000 to every minor league player in the Rangers' system.