New York Yankees pitcher Luis Severino was shut down by the club last week due to forearm discomfort in his throwing arm. File Photo by Ray Stubblebine/UPI | License Photo

Severino was diagnosed with a partially torn ulnar collateral ligament, an injury that will require surgery, according to Yankees general manager Brian Cashman.

"Both doctors have concluded that Tommy John [surgery] is necessary," Cashman told reporters Tuesday. "Sevy has acknowledged and agreed the surgery is necessary. His plan is to have it done as soon as possible. He's obviously contemplating the doctors and who to do it with."

The Yankees scratched Severino from throwing his second bullpen session in camp last week. The right-handed pitcher also didn't take part in fielding drills and was subsequently shut down by the team due to forearm discomfort in his throwing arm.

After the workout, Yankees manager Aaron Boone said Severino had been dealing with the forearm ailment since the AL Championship Series in October.

The Yankees had Severino undergo two MRIs and a CT scan in New York after complaints of soreness resurfaced this off-season. Severino believed he was close to full health, but a new recurrence of that forearm discomfort prompted the club to shut him down.

Severino became the second pitcher to be shut down by the Yankees this spring. The club will be without starting pitcher James Paxton through at least April after he underwent a back procedure to remove a cyst, as well as a microscopic lumbar surgery. 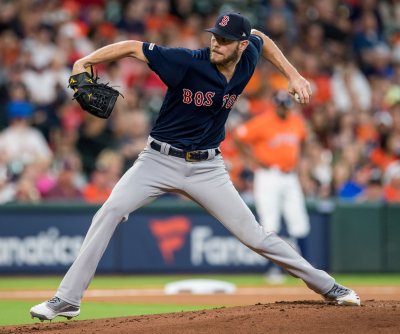