"The combination of his breadth of experience, contributions towards building a championship-winning, perennial contender in Chicago and his Bay Area roots made him an ideal fit for our general manager position, and I'm looking forward to executing our vision together."

The Giants won the World Series three times in five years between 2010 and 2014, but haven't posted a winning regular-season record since 2016. San Francisco posted a 77-85 record in 2019, good for third place in the National League West. Zaidi did not hire a general manager last season after being appointed to his role.

Harris joined the Cubs in 2012 as director of player operations. He previously held roles with the Washington Nationals, Cincinnati Reds and as a coordinator of Major League operations for Major League Baseball.

"I am so appreciative and honored to join the San Francisco Giants, a storied franchise with a loyal, passionate and deserving fan base," Harris said in a statement. "I'm humbled by the opportunity to help bring the next world championship to Giants fans and San Francisco, a city that has always held a special place in my heart.

"I'm excited to get to work with Farhan, our baseball operations staff and the rest of the Giants family."

The Giants are currently searching for a new manager after longtime skipper Bruce Bochy retired at the end of the season, following a 13-year tenure with the franchise. 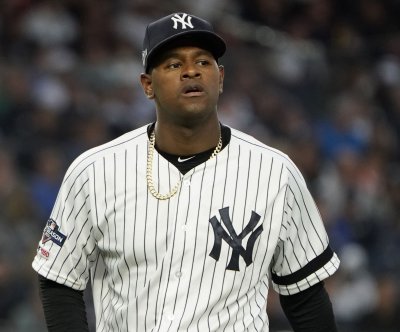