Cleveland Indians infielder Jose Ramirez (L) batted sixth for the Indians during the opener of a three-game series against the Chicago White Sox on Tuesday. File Photo by Aaron Josefczyk/UPI | License Photo

Facing a 3-1 count against Chicago White Sox right-hander Carson Fulmer, Ramirez sent a pitch over the right field wall with two outs in the first inning. The grand slam gave the Indians a 4-0 lead.

Later in the top of the third, Ramirez belted a three-run home run off Hector Santiago to push the Indians' lead to 8-0 as Cleveland pushes for an American League wild-card spot.

The Indians activated Ramirez from the 10-day injured list before the game. The All-Star third baseman, who turned 27 last week, suffered a broken bone in his right hand Aug. 24 against the Kansas City Royals. He underwent surgery two days later.

"I'm not 100 percent on my wrist, but still I feel a big improvement and I'm ready to play," Ramirez told reporters through a translator before the game.

The Indians were a half-game back of the Tampa Bay Rays for the second wild card entering Tuesday's slate of games.

MLB // 16 hours ago
MLB cancels June series between Cardinals, Cubs in London
April 1 (UPI) -- Major League Baseball on Wednesday canceled 2020 London series games between the St. Louis Cardinals and Chicago Cubs, which had been scheduled for June, because of the coronavirus pandemic. 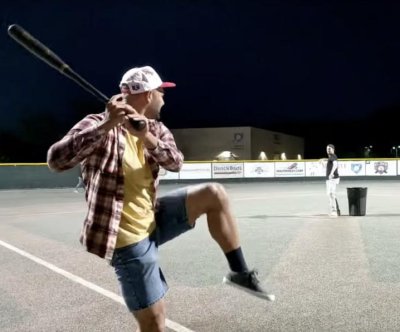