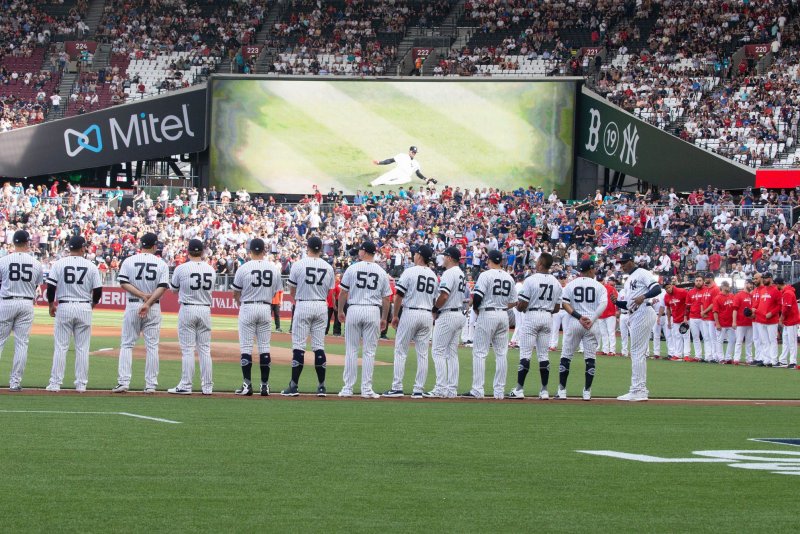 Boston quickly rallied back for a six-run first inning of their own. Rookie Michael Chavis punctuated the inning with his 13th home run of the year, a three-run shot off veteran pitcher Masahiro Tanaka.

Michael Chavis ties it up for the @RedSox with a 3R-Dinger pic.twitter.com/NiJ6ABacvy— FOX Sports: MLB (@MLBONFOX) June 29, 2019

Porcello and Tanaka were each lifted midway through the first inning. That marked the first time in the Red Sox-Yankees rivalry (since 1908) that neither starting pitcher completed a full inning.

New York regained the lead on Brett Gardner's two-run home run in the third inning. Gardner brought another run home with a bases-loaded walk in the fourth inning.

LeMaheiu, who finished 4-for-6, cleared the bases with a three-run double. Outfielder Aaron Judge hit a two-run home run to close the Yankees' second six-run frame.

The two teams combined for 30 runs on 37 hits. Chad Green earned the win for the Yankees and veteran Steven Wright took the loss for Boston.

"The atmosphere here was crazy," Gregorius said. "It's what you want to see. It was like a soccer match, but with baseball."

LeMaheiu became the first Yankees leadoff hitter with four hits and five RBIs in a game since Johnny Damon on June 17, 2006.

The first-place Yankees have a 7 1/2 game lead over the Tampa Bay Rays in the AL East Division.