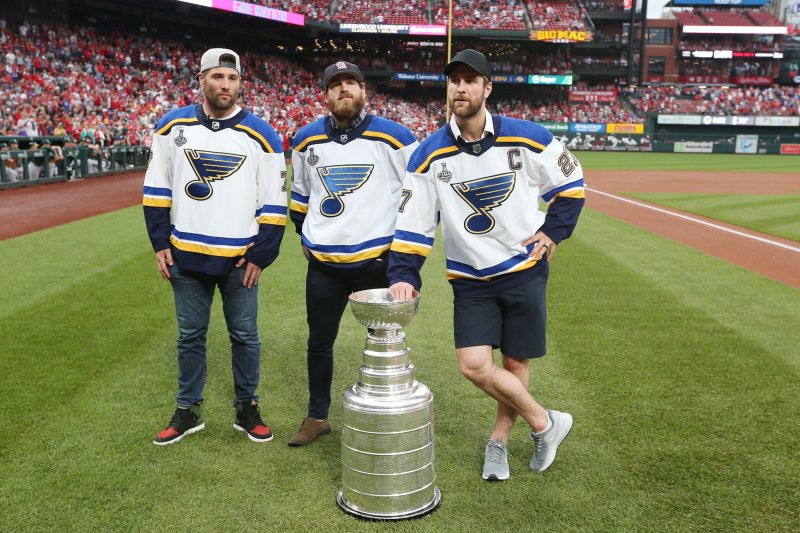 June 26 (UPI) -- The St. Louis Cardinals welcomed the Stanley Cup champion Blues to Busch Stadium on Wednesday in celebration of the team's win over the Boston Bruins.

Blues captain Alex Pietrangelo, Conn Smythe winner Ryan O'Reilly and forward Patrick Maroon brought the Stanley Cup trophy with them as they interacted with the Cardinals before their game against the Oakland Athletics.

The Cardinals, who won the 2011 World Series, paired their trophy with the Cup. Yadier Molina, Dexter Fowler and Adam Wainwright each posed for photos with the awards.

O'Reilly warmed up in the cages before he delivered the ceremonial first pitch. The forward had a high leg kick and skipped the ball in the dirt before it landed in the catcher's mitt.

The Blues defeated the Bruins in seven games to win their first NHL championship in franchise history. O'Reilly won the Conn Smythe Trophy as the team's top player in the playoffs.

The A's held a 2-0 lead over the Cardinals in the top of the eighth inning. St. Louis is third in the NL Central with a 40-38 record this season.