June 3 (UPI) -- A ballgirl showed impressive poise in fielding a foul ball laser during the San Francisco Giants' win against the Baltimore Orioles at Oriole Park at Camden Yards.

The ballgirl was positioned down the first base line when Orioles right fielder D.J. Stewart stepped up to the plate during the 8-1 setback on Sunday in Baltimore. Stewart settled in against Giants starter Jeff Samardzija.

Samardzija worked a 1-2 count against the outfielder, before heaving in another offering. Stewart smacked the pitch to his right, sending a liner careening into foul territory. The ballgirl jumped out of her seat and eyed the ball as he came flying at her.

The ball took an awkward hop off of the field and the girl crouched slightly and fielded it with ease. She finished the play by giving the ball away as a souvenir to a nearby fan.

The Orioles posted the play on social media, tagging executive vice president and general manager Mike Elias and including an eyes emoji.

"[Rearranges draft board]," Elias responded, joking that the Orioles will consider drafting the teenager.

Stewart went 0-for-4 in the loss. He also had two strikeouts. The Orioles (18-41) had just four hits in the lopsided setback.

Evan Longoria led the Giants, going 3-for-5 with three RBIs and a run scored in the win. Samardzija earned his third win of the season on the hill. The Giants starter allowed three hits and one run while tossing six strikeouts in six innings of work.

The Orioles held open tryouts on March 9 to find ballgirls and ballboys for the 2019 season. Baltimore called for "outgoing and athletic" men and women 18 years old or older. The judges included members of the team's front office. Applicants were also asked to send their cover letters and resumés to the team, while including their baseball or softball experience.

The Texas Rangers host the Orioles at 8:05 p.m. on Tuesday at Globe Life Park in Arlington, Texas. 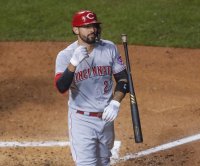 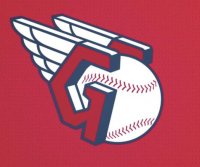 MLB // 4 days ago
Dodgers' Will Smith comes off bench, slugs walk-off homer to beat Giants
July 21 (UPI) -- Catcher Will Smith came off the bench and smacked a 419-foot, three-run homer to give the Los Angeles Dodgers a walk-off win against the rival San Francisco Giants Tuesday night.

MLB // 4 days ago
Cubs score six in ninth, rally vs. Cardinals
July 21 (UPI) -- The Chicago Cubs scored six runs in the ninth inning of an epic comeback to beat the St. Louis Cardinals on the second night of a four-game National League Central division series at Busch Stadium.