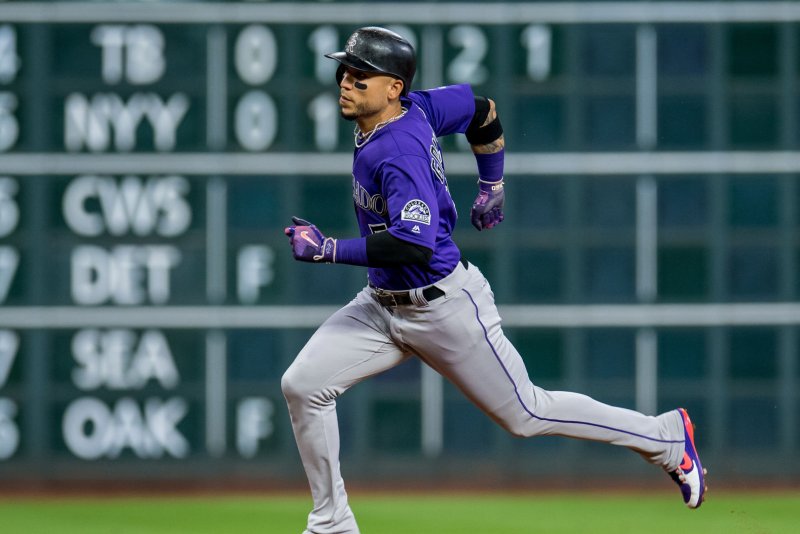 Cleveland Indians outfielder Carlos Gonzalez has been designated for assignment after hitting just .210 with two home runs, seven RBI and a .558 OPS for the Indians in 30 games. File Photo by Trask Smith/UPI | License Photo

May 22 (UPI) -- The Cleveland Indians have decided to go in another direction when it comes to their outfield and veteran Carlos Gonzalez.

Before the team's game Wednesday afternoon the club announced it has designated Gonzalez for assignment.

The team had hoped when signing Gonzalez late in spring training that he would bring power to the lineup. Instead, in 30 games Gonzalez hit just .210 with two home runs and seven runs batted in and a .558 OPS.

"We weren't seeing the offense that we needed, and he said that," Indians manager Terry Francona said Wednesday.

"Does it come with another 100 at-bats? We don't have a crystal ball and none of us is smart enough to know what the next 100 at-bats might bring."

Gonzalez had issues making contact with the ball, striking out 33 times in 117 trips to the plate.

The 33-year-old spent 10 seasons with the Colorado Rockies before coming to Cleveland. With the Rockies, he was a lifetime .290 hitter with 227 home runs.

Catcher Eric Haase was called up Wednesday from Triple-A Columbus to take Gonzalez's place on the Indians' roster.