Mike Moustakas primarily played third base during his eight seasons in the Majors. File Photo by Brian Kersey/UPI | License Photo

March 11 (UPI) -- Mike Moustakas was officially named Monday the starting second baseman for the Milwaukee Brewers, a move that will see him play the position for the first time in the Majors.

The Milwaukee Journal Sentinel and The Athletic both confirmed the move by Brewers manager Craig Counsell, who called the announcement a "little bit of a foregone conclusion."

Moustakas, who re-signed with the Brewers on a one-year, $10 million deal in February, had been playing second base through spring training for Milwaukee.

"I'm really enjoying it at second. It's fun; it's new. And I feel comfortable, which is the most important thing. I'm getting a lot of work over there," Moustakas told Journal Sentinel.

Moustakas was acquired last season by Milwaukee in a July 27 trade with the Kansas City Royals.

The 30-year-old primarily played third base during his eight seasons in the Majors, but the Brewers already have a third basemen with Travis Shaw and needed to find a spot for Moustakas. 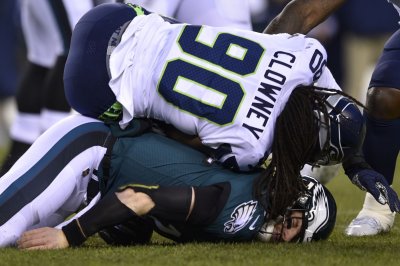