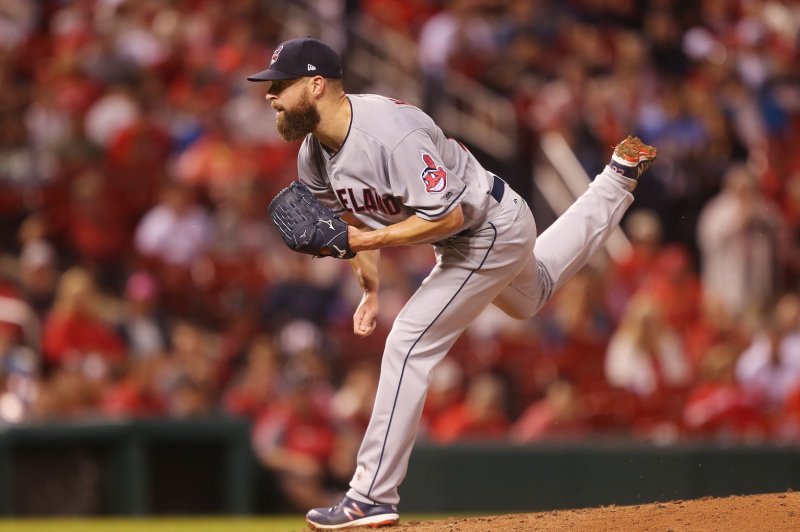 Cleveland Indians right-hander Corey Kluber, a two-time Cy Young Award winner and a candidate to finish high in the voting this year, will make his final regular-season start on Saturday night against the Kansas City Royals at Kauffman Stadium.

Kluber will be the Indians' starting pitcher in Game 1 of the American League Division Series, which will be played Friday in Houston. In his last start, on Sept. 24 against the White Sox, he pitched seven scoreless innings and gave up four hits, with 11 strikeouts and one walk in picking up his 20th win of the season.

"Twenty wins is cool. It's a nice, round number, but as long as we win the game, that's obviously our main goal," Kluber said. "Winning 20 is something to be proud of, but the way I look at it, it means I gave us a chance to win a bunch of times. I think the number one thing it shows is that I stayed healthy and I was consistent."

RELATED Cubs closing in on division title as they host Cardinals

Indians manager Terry Francona said watching Kluber get his 20th win was one of the highlights of the Indians' season.

"I think me and the players were all nervous for him. Probably more than he was for himself," Francona said.

The Royals' Saturday night starter will be right-hander Jakob Junis (8-12, 4.42), who will be making his team-high 30th start of the year. Junis received a no-decision in his last start, which came in a 5-4 Royals loss to Detroit. Junis pitched six innings, giving up three runs and eight hits, with five strikeouts and one walk.

RELATED Jameson Taillon gets one last hurrah in 2018 as Pirates, Reds meet

The Indians, who routed the Royals 14-6 on Friday night for their 90th win of the season, are still just 13-13 in September. Kansas City is 14-12 in September. Cleveland leads the season series between the two teams, 11-6.