Twins' Mauer might end career with series vs. White Sox

By Andrew Wagner, The Sports Xchange 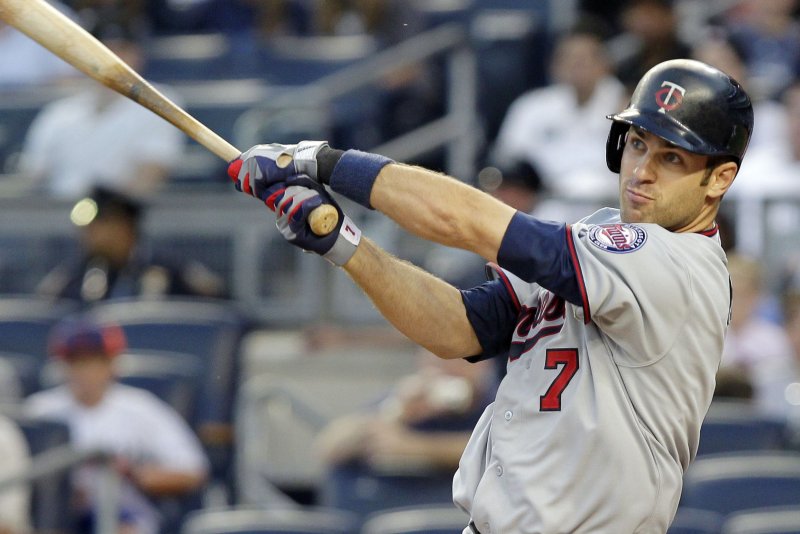 Joe Mauer is expected to be in the starting lineup Friday when the Minnesota Twins open up their final series of the 2018 season with a doubleheader against the Chicago White Sox at Target Field.

Whether it's the final series of Mauer's career remains to be seen. The 35-year-old said last month he's considering retirement after this season, the last under an eight-year deal the St. Paul native signed in 2010.

Mauer said he won't decide until the season is over and manager Paul Molitor, himself a St. Paul native who starred at the same high school as Mauer, doesn't know which way the franchise icon is leaning, either.

"People ask me. My family asks me, 'What's he going to do?' I don't know," Molitor said. "I really haven't tried to overthink it, either, because of where he's at. I'm trusting him that whatever he might be leaning toward, I do believe him that he wants to separate from the day-to-day thing and see if wherever he might be leaning is changed by some down time, further discussions and mindfulness of what he wants to do next."

Molitor said Mauer expressed interest in playing all four games against the White Sox this weekend.

"I've had some thoughts about letting him manage the game (Friday) if he wasn't going to play," Molitor said. "My gut right now is that he's probably going to play."

Miguel Sano, however, will not play Friday or the rest of the weekend, Molitor said. The third baseman's frustrating season came to an end when a left knee injury suffered earlier this month didn't heal as expected. Molitor held out hope that Sano would see at least some action over the final weekend but instead, he'll remain on the bench.

"You try to use history as well as any contemporary knowledge of the current situation," Molitor said. "The mental side of the injury, as much as the physical side, has made him a little tentative about trying to push himself out there for a couple games here down the stretch. And we have to never be judgmental about a player and injuries; you just have to take their input, and then use your medical information and try to make the best decisions that you can."

The White Sox will also finish the season without one of their key contributors. Jose Abreu will not play again in 2018 thanks to a thigh infection that sent him to the hospital earlier this month.

"That is not the way I wanted to end the season, but you know what, like I always said, God does things for a reason and you have to take it," Abreu said. "I took this just like another challenge, and I am happy for what I did during the season. I didn't accomplish all the goals that I wanted to accomplish this year, but I think it was, on the personal side, a good season."

Right-hander Jose Berrios (11-1, 3.93 ERA) will start the opener Friday for Minnesota with right-hander Chase De Jong (0-1, 3.86) getting the nod for the nightcap. Berrios would like to end his season on a high note after posting a 5.40 ERA through four September starts while De Jong will try to get past the 4 1/3-inning mark for the first time this season.

Chicago sends Reynaldo Lopez (7-9, 3.94) and Lucas Giolito (10-12, 5.81) to the mound Friday. Giolito will make his 32nd start of the season and is on pace to lead the league in walks allowed, while Lopez gave up one run over seven innings in last start Sept. 21 against the Cubs.

Lopez has started three games against Minnesota, all this season, and is 1-0 with a 3.60 ERA in those games. Giolito is 2-2 with a 3.82 ERA in five career starts against the Twins, and that includes a 2-1 record and 3.28 ERA in four starts this year.