Yankees find incentives to play for against Orioles

NEW YORK -- The New York Yankees are inching closer toward clinching a wild-card spot for the second straight season. They also want to be the home team for the one-game playoff while giving certain players some rest.

With those things in mind, the Yankees continue a three-game series with the Baltimore Orioles on Saturday afternoon at Yankee Stadium.

"Our guys know what time it is," Yankees GM Brian Cashman said. "Not that they've ever slacked off or cut back. We know all eyes are on us -- always -- and at the end of the day, it's postseason baseball in front of us and we've got to secure that first and foremost, and we want to host the wild-card game if at all possible."

"We want to play here. We feel like we have a home-field advantage, but I also don't want to get caught up in driving that home so much," Yankees manager Aaron Boone said. "We feel like we can beat anybody, anyplace."

Mindful of keeping players rested for the wild-card game, the Yankees opened the series by holding on for a 10-8 victory on a night when Giancarlo Stanton, Gary Sanchez and Miguel Andujar rested. Didi Gregorius and Aaron Hicks homered and Aaron Judge contributed an RBI double in his fourth game back in the starting lineup from a fractured right wrist.

"Just trying to be wise here down the stretch," Boone said. "Obviously, these games are really important and now that we're whole we feel like we have really good options every day to keep guys in the fold."

The Orioles (44-109) own 15 losses in their last 19 games after dropping their fifth straight to the Yankees. They nearly erased deficits of 6-0 and 9-4 by getting homers from rookies Austin Wynns, Renato Nunez and DJ Stewart but were done in by allowing at least 10 runs for the 20th time this year.

Chris Davis went 0-for-4 with four strikeouts and is hitless in his last 16 at-bats. He is batting .170 with 189 strikeouts.

"He can't string it together consistently," Showalter said. "It's been a challenge for him most of the season."

The Orioles are two losses from matching the franchise record set by the 1939 St. Louis Browns, who finished 64 1/2 games out of first place. They are playing the rest of the season against the Yankees, Boston Red Sox and Houston Astros.

After getting six solid innings from CC Sabathia on Friday, Lance Lynn makes his ninth start and 10th appearance with the Yankees. He last pitched in Sunday's 3-2 loss to Toronto when he allowed one run and three hits in five innings.

Lynn is 2-1 with a 4.37 ERA in five career appearances (three starts) against the Orioles.

Hess last pitched in an 8-4 win over the Chicago White Sox on Sunday when he allowed four runs and six hits in 4 1/3 innings.

Hess is facing the Yankees for the first time. 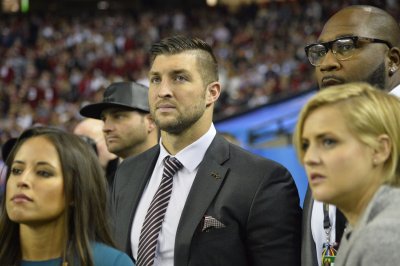