Yankees look to get on roll at Mariners 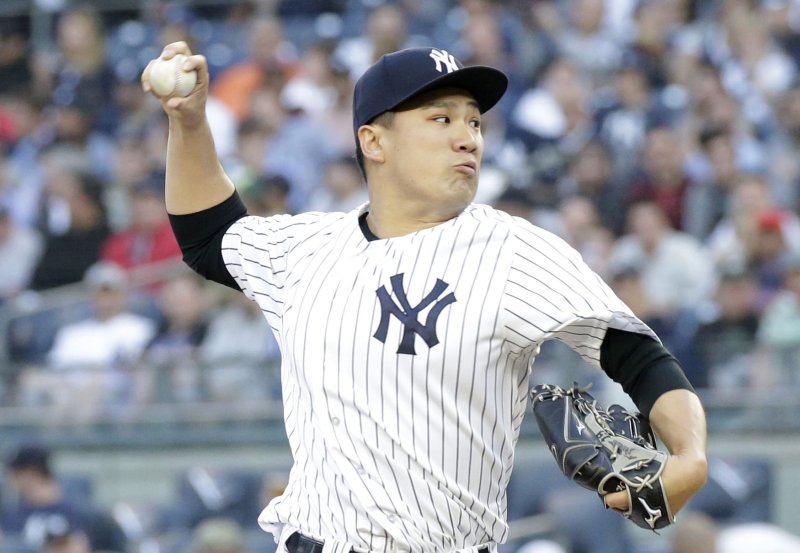 The New York Yankees and Seattle Mariners both have their eyes on the Oakland Athletics.

For the Yankees, it's one of those "objects are closer than they appear" in the rear-view mirror. For the Mariners, a blip ahead on the horizon seemingly getting smaller by the day.

That's the state of the American League's wild-card race as the Yankees enter a three-game series starting Friday night in Seattle.

The Yankees and Mariners both got a close view of the A's in the past week. The Mariners split a four-game series in Oakland last weekend and the Yankees just lost two of three there to open a 10-game trip.

If the Yankees face Oakland in a wild-card game, they certainly hope it's in New York. The Yankees have lost 18 of their past 25 games in Oakland, including six of the past seven.

"I want to get rolling, no question about it," Yankees manager Aaron Boone said after Wednesday's 8-2 loss, in which ace Luis Severino allowed six runs (five earned) in 2 2/3 innings. "I think we're doing some things well, but we're not certainly rolling like we're capable of. We're starting to get some guys back, which is really important, but we've got to play better if we want to get to where we want to go."

Shortstop Didi Gregorius is expected to return to the Yankees' lineup Friday after missing 2 1/2 weeks with a contusion on his left heel.

Right-hander Masahiro Tanaka (10-5, 3.83 ERA) is scheduled to start the series opener against Mariners left-hander James Paxton (11-5, 3.74). Tanaka is 6-0 with a 2.34 ERA in seven career starts against Seattle; Paxton will be making his second career start against the Yankees after suffering a 4-3 loss June 21 in New York in which he allowed four runs (three earned) on four hits in 5 2/3 innings.

The Mariners, who in mid-June led the Athletics by 11 1/2 games, had a skirmish in the clubhouse -- reportedly involving shortstop Jean Segura and second baseman/center fielder Dee Gordon -- before Tuesday's 5-3 loss to Baltimore.

"Things happen in a clubhouse," Mariners manager Scott Servais said. "You're talking about 25 -- or now in this case, now 35 -- of the most competitive guys you're ever gonna be around, and you spend basically every waking moment together all the time.

"Certainly with how our season has played out, we just haven't been consistent. And the frustration mounts from a number of different places."

The Mariners rebounded Wednesday to defeat the Orioles 5-2, taking two of three games in the series.

"Sometimes it'll bring teams together," Servais said after the scuffle. "Sometimes certain things hit a boiling point and you gotta get something off your chest and you go from there."