The Chicago White Sox will try for back-to-back wins against the top team in baseball when they host the Boston Red Sox for the third game of a four-game series Saturday night at Guaranteed Rate Field.

Chicago (54-81) is coming off a 6-1 win over the Red Sox on Friday in a game that included a two-hour, nine-minute rain delay. The White Sox have won six of their last eight games and 12 of their last 17.

Boston (93-43) has lost five of its last six road games but maintains a healthy lead atop the American League East. The Red Sox will try to bounce back at the plate after being held to one run or fewer for the 17th time this season.

White Sox left-hander Carlos Rodon (6-3, 2.70 ERA) is set to make his 15th start. The 25-year-old is experiencing his best stretch of the season but draws a tough assignment against the Red Sox. He has yet to beat Boston in his career, posting an 0-2 record with a 3.38 ERA in three previous starts. In his only start against Boston this year, Rodon gave up four runs (two earned) and six hits in five innings and took the loss in a 4-2 defeat on June 9.

Overall Rodon has recorded nine consecutive quality starts, which is the longest streak by any White Sox pitcher since he registered 10 quality starts in a row from Aug. 11, 2015, to April 13, 2016. Rodon is the team's first pitcher with nine straight quality starts in a single season since Jose Quintana accomplished the feat in 2015.

The strong performances from Rodon, as well as several other starting pitchers, have helped Chicago collect more wins.

"This month has been refreshing for us, the way we've been playing," Rodon told the Chicago Sun-Times. "It's something to look forward to and try to carry it out the rest of the season and transition that into spring training and into next season."

For the Red Sox, left-hander Eduardo Rodriguez (11-3, 3.44 ERA) will come off the disabled list and make his 20th start of the season. He has not pitched for Boston since July 14 because of a right ankle sprain, but he looked good during a minor league rehabilitation stint.

Before his injury, Rodriguez did not allow a run in three consecutive starts, logging 17 scoreless innings during that span. Rodriguez will look to build upon that streak as teammate Hector Velazquez returns to the bullpen.

In two career starts against the White Sox, Rodriguez is 0-0 with a 3.75 ERA. He has walked four and fanned 12 in 12 innings. This will be the 25-year-old's first appearance against Chicago this season.

Avisail Garcia has eight RBIs in his last eight games for the White Sox. 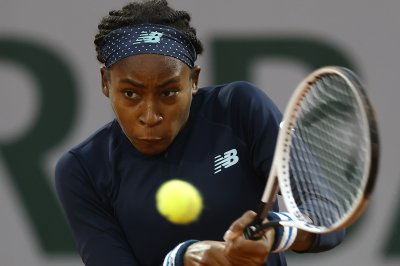