Chicago Cubs, New York Mets will finish one and play another

By Jeff Arnold, The Sports Xchange 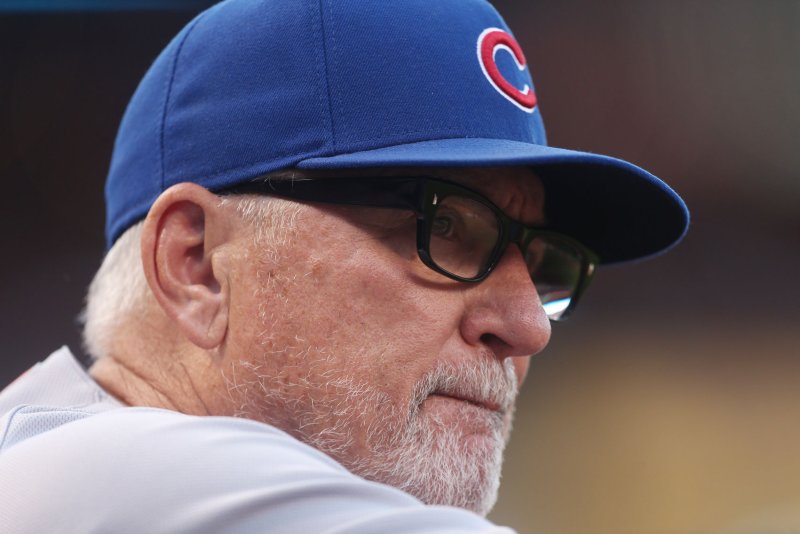 CHICAGO -- On a day when a national report suggested that his job might be in jeopardy should his Chicago Cubs not make a lengthy postseason run this fall, manager Joe Maddon characterized the lineup he has planned for Wednesday as "interesting."

But before Maddon can unveil that lineup, his team heads into Wednesday with some unfinished business against the New York Mets.

Heavy rains suspended Tuesday's game with the Cubs and Mets knotted 1-1 in the top of the 10th inning. The game was suspended following a 53-minute delay and will resume at noon CT on Wednesday. The originally scheduled series finale will begin 45 minutes following the conclusion of the suspended game.

The Cubs will enter Wednesday having won six straight games and in position to maintain their current lead in the National League Central. Chicago's success made Tuesday's news surrounding Maddon's future even more head-scratching.

Maddon characterized a USA Today report surrounding his job security as "dumb" and told reporters he would like to continue with the Cubs beyond 2019 when his current contract is up. For now, Maddon is focused on the business at hand and called the conjecture in the USA Today report "uninteresting."

"I'm under contract," Maddon told reporters Tuesday, according to the Chicago Tribune. "I'm very happy with what I'm doing. When the time is appropriate, I'm sure we'll discuss it further, but I don't really understand [the report]."

Once Tuesday's game is concluded, Cubs' right-hander Alec Mills (0-0, 1.71) will make his second major league start in the series finale. Mills was solid in his big-league debut when he allowed just one run and three hits in 5 2/3 innings against the Cincinnati Reds.

Now, with the pressure of pitching in the majors out of the way, Mills will attempt to settle in Wednesday against the Mets.

"Any time you can get something under your belt and get more used to it, it's better," Mills said this week, according to the Tribune. "...The guys here are very welcoming. It makes it easier to feel like you fit in and deserve to be here."

Mills admitted to reporters that nerves were a factor in his starting debut last week. And although his stuff many not be overpowering, he has to work with what he has.

"I got to beat [hitters] early," Mills said.

On Tuesday, the Mets shipped outfielder Jose Bautista the Phillies to allow the veteran slugger to go to a contending team. General manager John Ricco told reporters that the deal was done more to "do right by Jose" rather than about what the Mets got in return.

After New York signed Bautista in May, he hit .204 with nine home runs in 83 games. Now, after dealing him on Tuesday, the Mets will give Brandon Nimmo, Michael Conforto and Dominic Smith more consistent playing time in the outfield.

But they do so without losing sight of what Bautista did.

"He came to us when we had some injuries and needed some stability," Ricco told reporters, according to the team's official website. "He's not only provided that but did a lot more."

Jason Vargas (4-8, 6.96) will start for the Mets. Vargas has won his last two starts and is coming off an impressive six-inning outing against the Washington Nationals in which he did not allow a run and surrendered just three hits while striking out eight.

MLB // 4 days ago
MLB suspends 12, including interpreter, for Mariners-Angels brawl
June 28 (UPI) -- Major League Baseball issued a dozen suspensions, including an interpreter, for their roles in a brawl between the Los Angeles Angels and Seattle Mariners.

MLB // 5 days ago
Eight ejected in Mariners-Angels benches-clearing brawl
June 27 (UPI) -- Six players and two managers were ejected for their roles in a large brawl between the Seattle Mariners and Los Angeles Angels in the second inning of their series finale at Angel Stadium.