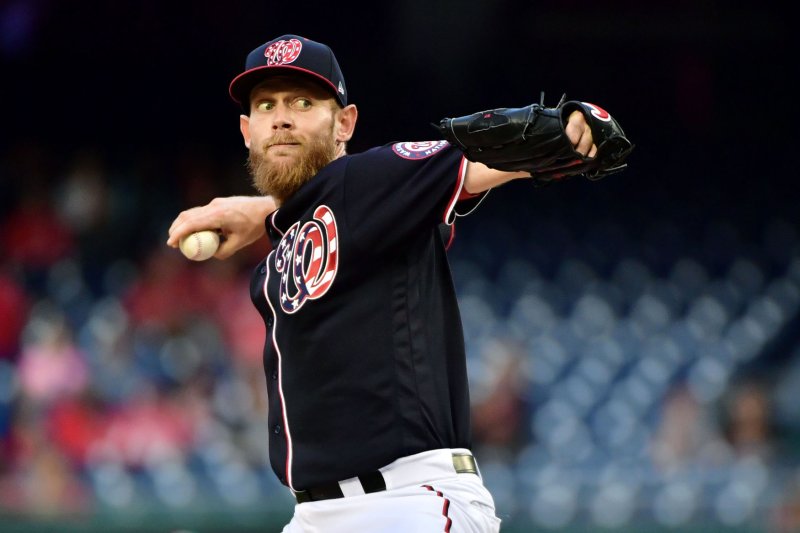 WASHINGTON -- The Washington Nationals insisted Tuesday night their season is not over despite the trades of Daniel Murphy and Matt Adams.

They walked the walk in the opener against the Phillies and look to keep it going Wednesday night.

Andrew Stevenson and Wilmer Difo hit back-to-back home runs in a five-run sixth inning and Washington (63-63) rallied past the Phillies 10-4 in a game that was delayed 1:42 by rain in the third inning.

Stevenson, who was recalled from Triple-A Syracuse earlier in the day, drove to Washington and, thanks to the delay, was there to tie the game with his first career homer, a two-run pinch-hit shot to center. Difo, Murphy's replacement at second base, followed with a go-ahead shot.

"That was a long day, but it ended well," Nationals manager Dave Martinez said following a game that ended after midnight.

"That shows the character of these guys, it really does. They haven't given up all year. I said before, these guys could have folded a long time ago and they're not. ... I'm proud to see the way they came out, we fell behind, and they kept battling."

The Phillies (68-57) had taken a 4-1 lead in their half of the sixth, but their bullpen couldn't hold it as the Nationals pounded out 14 hits.

"I would say that the Nationals have been dangerous since opening day and they will be a dangerous team until the last game of the season," Phillies manager Gabe Kapler said.

"We trust that our players are strong-minded," Kapler told MLB.com, "and we trust that they can put things like what happened with the option behind them and focus on the step right in front of them."

Eflin is 1-0 against the Nationals for his career. He beat them on June 22 when he allowed two runs in five innings.

Strasburg (cervical nerve impingement) made his last start on July 20, when he returned from a six-week disabled list stint due to shoulder inflammation. He went back on the DL five days later. He's thrown several bullpens and a simulated game in recent weeks but did not make a rehab start.

"Credit to Stras that he got himself ready to pitch for us and have that opportunity to go up against a team we're trying to catch," Martinez said. "He's been working diligently and he feels good."

This will be his first start against the Phillies this season. He's 10-2 with a 2.22 ERA in 21 career starts against them, his lowest ERA versus an NL East foe.

The Nationals need Strasburg to hit the ground running if they want to climb back into the NL East race.

"We've still got a great lineup and a great staff -- getting Stephen Strasburg back here awfully soon -- and a couple of our bullpen pieces back as well," Bryce Harper said Tuesday. "Just gotta battle. Keep going and keep playing ball."

MLB // 1 day ago
MLB suspends 12, including interpreter, for Mariners-Angels brawl
June 28 (UPI) -- Major League Baseball issued a dozen suspensions, including an interpreter, for their roles in a brawl between the Los Angeles Angels and Seattle Mariners.

MLB // 2 days ago
Eight ejected in Mariners-Angels benches-clearing brawl
June 27 (UPI) -- Six players and two managers were ejected for their roles in a large brawl between the Seattle Mariners and Los Angeles Angels in the second inning of their series finale at Angel Stadium.