And in what has the chance to be the first of many highly anticipated matchups against each other, Flaherty will oppose Buehler at Dodger Stadium on Wednesday, with each facing his opponent for the first time.

The former first-round draft picks are each in his first full season in the major leagues, and Flaherty and Buehler have shown exactly why they were highly regarded.

Flaherty (7-6, 3.05 ERA) not only won his third consecutive start while being in complete control against the Milwaukee Brewers on Friday, he extended his scoreless streak to eight innings. He pitched six shutout innings and allowed three hits.

Flaherty had at least seven strikeouts in each of his last six starts and could have reason for even more motivation Wednesday.

Another area native, Patrick Wisdom, had a bases-loaded walk for St. Louis in Monday's victory, but was optioned to Triple-A Memphis on Tuesday to make room on the roster for right-hander Carlos Martinez.

"Yeah, good for them, it's great these guys are in their first year in the big leagues some of them and Wisdom last night is from this area and he is able to get a start and contribute," Cardinals interim manager Mike Shildt said. "You have Ponce tonight, a local guy getting an opportunity and then Jack getting a start here. We are expecting Jack to do what he does. He's a guy that prepares well and has all the pitches and competes well. We expect him to go out and just pitch his game."

Buehler (6-4, 3.19 ERA) has been similarly low maintenance for the Dodgers, although the wrinkle in his season was a microfracture in his right rib cage that appears to be fully healed. He is back to his dominating ways from early in the season, going 2-1 with a 1.42 ERA over his last four starts.

RELATED Poncedeleon gets start for Cardinals at Dodgers

In his last outing, Buehler gave up one run over six innings against the Seattle Mariners on Sunday, leading the way to an 11-1 victory.

"They've got a good, young arm over there," Cano said, according to MLB.com. "He throws hard. You face some guys that throw 98, but you see it really good. But his fastball gets to you and everything is hard, the breaking ball, the slider or cutter. He's got a bright future ahead."

The Cardinals' dominating run through August continued Tuesday with a 5-2 victory over the Dodgers, leaving them a win from a sweep in L.A. The Cardinals are a baseball-best 16-4 this month. 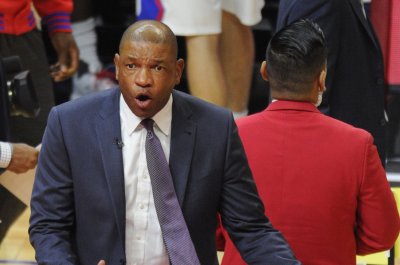