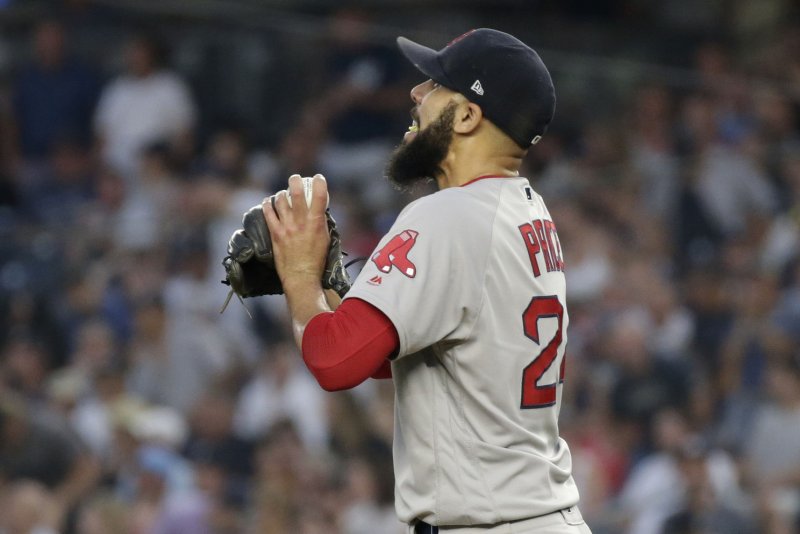 BOSTON -- David Price's name is all over the Tampa Bay Rays record book. His .636 winning percentage with the team still ranks No. 1 among all pitchers.

But all of that was ages ago.

On Saturday night, Price, who has been pitching to the talent he possesses in recent starts, faces the Rays for the fifth time this season when he goes for the Boston Red Sox in Game 2 of a weekend series with Tampa Bay.

Price, second only to James Shields in Tampa Bay franchise wins (82, five behind James Shields), started his 2018 season against the Rays with two seven-inning performances in which he pitched shutout ball in both. He had one poor start against Tampa Bay this season (five earned runs, two homers in 5 2/3 innings) but has a 2.10 ERA and 24 strikeouts in 25 2/3 innings against the Rays.

Lifetime since Price left St. Petersburg, he is 4-4 with a 3.32 ERA in 13 games (12 starts) against the Rays as he gets set to face tall Tampa Bay right-hander Tyler Glasnow on Saturday.

Price, who has had his problems this year and faces the choice of opting out of his contract after the season, is 3-0 with a 1.64 ERA in his last five starts. Last time out, he threw six scoreless innings with 10 Ks against the Orioles in Baltimore.

Glasnow, part of the package the Rays acquired from the Pittsburgh Pirates for Chris Archer, is pitching well as a starter but still seeks his first decision in a Tampa uniform.

"(The Pirates) gave me so many opportunities, and I didn't show them what I could do," Glasnow told the Pittsburgh Post-Gazette by phone recently. "It was bittersweet, but it definitely is a good chance for me to grow. ... They didn't really have a choice. They needed to get good starting pitching, and I wasn't that in 2017."

On Friday night, the Red Sox spotted the Rays three first-inning runs before Brian Johnson settled down, the offense kicked in and Boston moved to 51 games above .500 (87-36) with a 7-3 victory.

The win kept Boston 10 1/2 games ahead of the New York Yankees atop the American League East.

Earlier Friday, the Red Sox placed Rafael Devers back on the 10-day disabled list with a recurrence of his hamstring problem. They also activated Ian Kinsler, also down with a hamstring.

"He felt it in Baltimore. We tried to take care of his workload," manager Alex Cora said of Devers. "I kind of noticed it on that infield hit in Philly, the last one. He kept stretching and stretching and stretching. I was like, 'There's something going on here.' I talked to him today a little bit. For how bad this guy wants to play, you've gotta be smart. We need to avoid this."

Cora called Devers "a big kid" but denied there is a weight issue contributing to the problem with the leg.

In a sign of the turnover that has hit the Tampa Bay roster, only 11 of the 25 players available Friday night were there when the Rays last visited Boston in April.