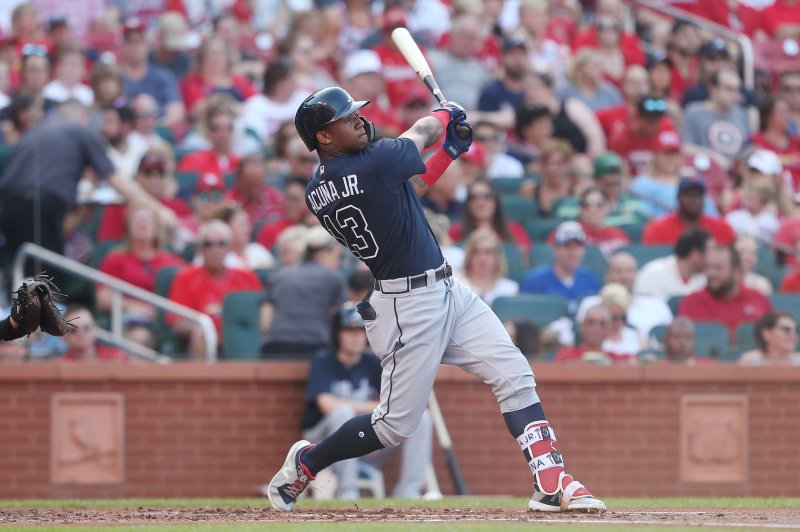 Acuna accomplished the feat in the second game of the Braves' doubleheader on Monday against the Miami Marlins. The 20-year-old outfielder also became just the fourth player -- and first since 1999 -- to leadoff both games of a doubleheader with a home run.

He only needed one pitch to clobber his fourth long ball. Acuna settled in to face Marlins starter Merandy Gonzalez in the bottom of the first inning in the second game of the doubleheader Monday at SunTrust Park in Atlanta. Gonzalez fired in a 93.4-mph fastball and Acuna blasted it to center field for a 441-foot solo homer, according to Statcast. The ball had an exit velocity of 110 mph.

His first home run of the streak came in Saturday's 4-2 loss to the Milwaukee Brewers. That bomb traveled 388 feet and was also a leadoff blast.

Acuna raked dinger No. 2 the next day in an 8-7 triumph over Milwaukee. That was a 411-foot second-inning blast against the Brewers.

Dinger No. 3 came in the first inning of the first game of Monday's doubleheader, a 9-1 Braves win. Acuna stepped in against Marlins starter Pablo Lopez during that exchange. Lopez fell behind 3-1 in the count before he threw in a 93-mph fastball to the rookie. Acuna decimated the offering to center field for a 411-foot solo shot. He went 2-for-3 with three RBIs, three runs scored and two walks in the first Braves victory of the day.

MLB // 2 days ago
Dodgers' Trevor Bauer allows one hit, strikes out nine in win vs. Rockies
April 14 (UPI) -- Reigning Cy Young Award winner Trevor Bauer was nearly flawless, as he allowed just one hit and had nine strikeouts in seven scoreless innings in a Los Angeles Dodgers shutout of the Colorado Rockies at Dodger Stadium.

MLB // 2 days ago
Goldschmidt, Arenado, Carpenter homer in Cardinals blowout of Nationals
April 14 (UPI) -- Paul Goldschmidt, Nolan Arenado and Matt Carpenter provided the power with a trio of home runs to lead the St. Louis Cardinals to a 14-3 thrashing of the Washington Nationals.

MLB // 3 days ago
Padres' Wil Myers hits ball twice on one swing for RBI single
April 13 (UPI) -- Veteran outfielder Wil Myers swung once, but hit the baseball twice to connect for an RBI single during a San Diego Padres win over the Pittsburgh Pirates.