Los Angeles Angels' starter Garrett Richards pitches against the Seattle Mariners in the fifth inning on May 4 at Safeco Field in Seattle. Photo by Jim Bryant/UPI | License Photo

Garrett Richards might be seeing the Seattle Mariners in his sleep these days.

The hard-throwing right-hander for the Los Angeles Angels (46-45) will face the Mariners (57-34) for a third straight time on Tuesday night in the opener of a three-game series at Angel Stadium.

Richards (5-4, 3.42) was the starting pitcher on June 13 in Seattle but left after two innings because of a hamstring strain and did not get the decision in an 8-6 loss.

He came off the disabled list on Wednesday and went 5 1/3 innings against the Mariners, allowing three runs (two earned) and four hits in 5 1/3 innings. He picked up the win in the 7-4 victory to improve to 2-0 against Seattle this season with a 2.57 ERA.

Richards will be matched against Mariners right-hander Mike Leake for a third time this season.

Leake and Richards went head to head on Wednesday in Seattle, and Leake (8-5, 4.11 ERA) exited after four innings, his shortest outing since April 23. He gave up four runs (three earned) and nine hits.

They were also the starting pitchers on May 4 in Seattle. Richards shut out the Mariners on four hits in 6 2/3 innings and the bullpen maintained the shutout in the 5-0 win.

Several members of the Angels have hit well against Leake in their careers.

Upton had a big hit on Sunday against the visiting Los Angeles Dodgers to help the Angels win the rubber game of the series.

The Dodgers had intentionally walked Trout to load the bases with two outs in the third inning. Upton followed with a two-run single to cut the deficit to 3-2, and Pujols and Shohei Ohtani produced solo homers in the later innings to lift the Angels to a 4-3 win.

"Justin was in a little bit of a down cycle, but one thing his process is good," Angels manager Mike Scioscia told reporters after Sunday's win. "He doesn't expand. He takes his walks if they're there. When he starts squaring baseballs up, it's going to give us a big lift."

Seattle had its eight-game winning streak snapped by the Angels on Wednesday and was nearly swept by the visiting Colorado Rockies last weekend before salvaging a 6-4 win on Sunday.

Seattle first baseman Ryon Healy is 3-for-23 in July with one RBI, but he produced a double, homer and five RBIs in the series finale against Colorado.

"You ride the ups and the downs, but Ryon Healy is a good player," Seattle manager Scott Servais told the Seattle Times after Sunday's win. "There are going to be some stretches where it doesn't look so pretty.

"He's maturing. Ryon is an emotional guy. That's why we all love him. He's always into the game. But riding those highs and lows over the course of a season, it takes some energy away from you. We are trying to keep him on an even keel." 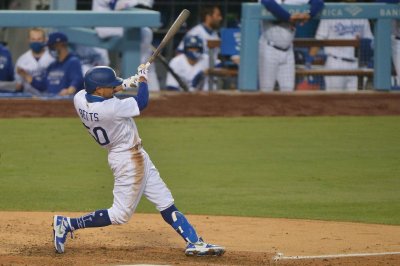 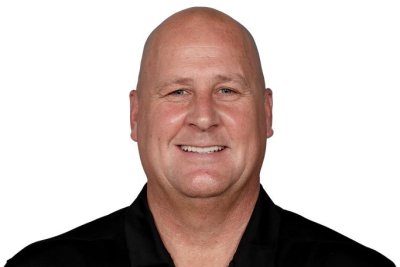