White Sox look to rebound after getting blasted by Rangers 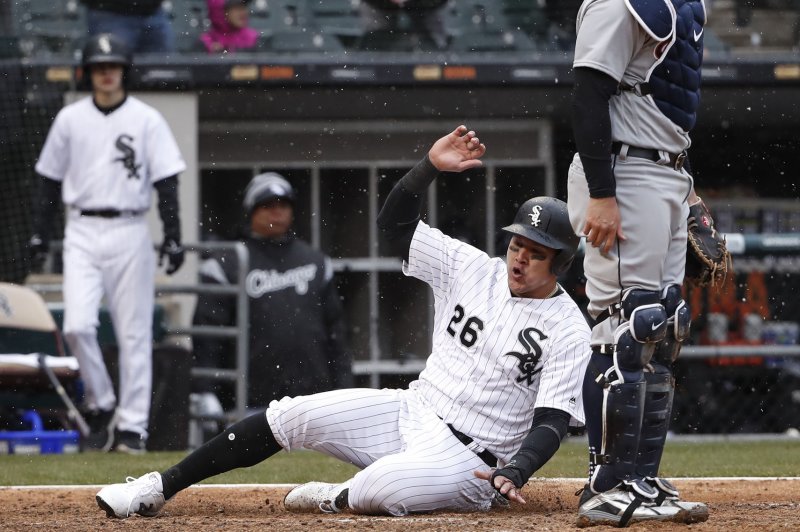 Texas was expected to be one of the major leagues' top power teams this season despite being in rebuilding mode.

The Rangers proved that premise to be true when they flexed their considerable muscle on Friday and ripped five home runs, three of them in the first two innings, to set the tone in an 11-3 victory over the Chicago White Sox in the first game of a three-game series at Globe Life Park in Arlington, Texas.

The White Sox will try to get back on track with left-hander Carlos Rodon (1-2, 3.70 ERA) taking the hill Saturday to oppose ageless Rangers right-hander Bartolo Colon (4-5, 4.72).

The Rangers' win provided a night off for closer Keone Kela, who on Wednesday saved his 20th game in 20 chances, the longest season-opening streak in club history. Kela broke Francisco Cordero's 2004 record of 19 consecutive saves and now has converted 22 straight chances dating to May 2017.

"It's a nice comfort zone to have," Rangers manager Jeff Banister told the Fort Worth Star-Telegram about Kela. "Most of the saves have been clean innings. (It has been fun) to watch the maturation process of Key out there on a nightly basis being able to calm it down and just go pitch by pitch."

It looks as if the White Sox will be without right-hander Miguel Gonzales for a while longer. Gonzales, who has been on the 60-day disabled list since April 18 with right rotator cuff inflammation, returned from his rehab assignment after experiencing soreness in a throwing session after the start for Triple-A Charlotte on Sunday.

"It's a little setback," White Sox manager Rick Renteria told mlb.com about Gonzales' situation. "He still felt a little something so he's going to be re-seen, re-evaluated, and we'll see where we go from there."

Gonzalez opened the season in the rotation but was 0-3 with a 12.41 ERA before landing on the disabled list. This is the second time he has had to restart his rehab.

Rodon is scheduled to make his fifth start of the season. It will be his third start on the road and fifth career start against Texas. He picked up the win in his last start on June 24 at home against Oakland when he allowed two runs and seven hits with three strikeouts in eight innings.

Rodon is 1-0 with a 3.91 ERA and .245 opponents' average in his previous starts against the Rangers.

Colon will head to the mound for the 17th time this season and make his 15th start. He enters with 244 career wins, most in MLB history by a native of the Dominican Republic. He recently passed Juan Marichal (243) and is one win shy of matching Nicaragua's Dennis Martinez (245) for most victories by a native of Latin America.

Colon ranks among AL leaders in pitches per inning (fifth, 15.0) and SO/BB ratio (ninth, 4.15) but has also permitted 19 home runs, third most in the AL. He will pitch on an extra days' rest after taking loss in the Rangers' 2-0 defeat on Sunday at Minnesota.

Mets' Jacob deGrom gets nod for game against Marlins

MLB // 1 day ago
Smyly leads Cubs past Reds in 2nd Field of Dreams Game in Iowa
Aug. 12 (UPI) -- No home runs reached the cornfield at this year's MLB Field of Dreams Game. Instead, it was a brilliant pitching effort from Drew Smyly that led to a 4-2 win by the Chicago Cubs over the Cincinnati Reds in Iowa.

MLB // 3 days ago
Field of Dreams game: Reds, Cubs to pay homage to MLB history
Aug. 11 (UPI) -- Major League Baseball will pay homage to two of its oldest franchises, while also injecting a modern spin, when the Cincinnati Reds meet the Chicago Cubs in the 2022 Field of Dreams Game on Thursday in Dyersville, Iowa.

MLB // 3 days ago
Pirates' Rodolfo Castro loses phone during slide into third base
Aug. 10 (UPI) -- Pittsburgh Pirates infielder Rodolfo Castro's phone flew out of his pants pocket as he slid into third base during a game against the Arizona Diamondbacks, creating a rare sequence and leading to a talk with his manager.

MLB // 5 days ago
Longtime Red Sox broadcaster Dennis Eckersley to leave booth
Aug. 8 (UPI) -- Baseball great Dennis Eckersley, who spent a combined five decades as an MLB pitcher and broadcaster, will end his tenure as a color commentator for the Boston Red Sox at the end of the 2022 season, he announced Monday.
Advertisement