Angels aim to get Mike Scioscia milestone win vs. Tigers 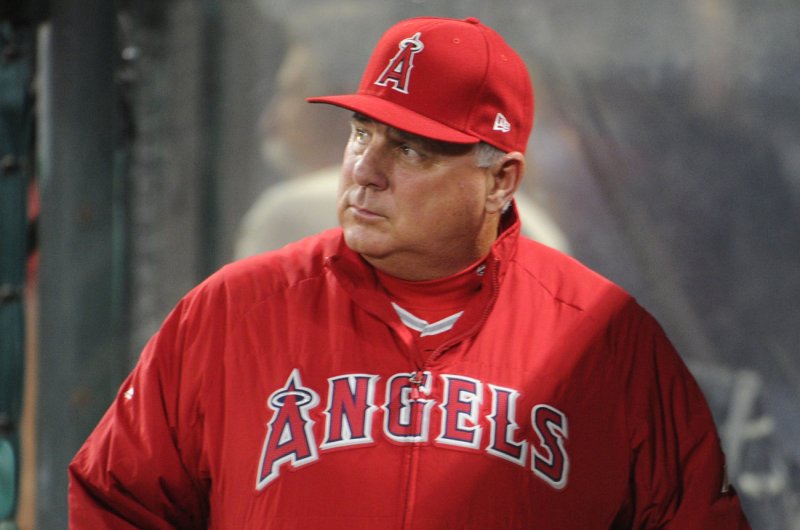 Mike Scioscia hopes the third time is the charm for his 1,600th career managerial victory.

The longtime Los Angeles Angels manager will reach that milestone and pass his mentor, Tommy Lasorda, with the team's next victory. The Angels dropped their series finale against the New York Yankees on Sunday and lost the opener of a four-game series at Detroit 9-3 on Monday. The series continues on Tuesday night.

Scioscia wasn't even around for the last couple of innings on Monday. He was ejected for the first time this season in the seventh inning for arguing balls and strikes.

It would help if second baseman and former Tiger Ian Kinsler would heat up at the plate. Kinsler had a hit and just missed a homer on Monday but has just two hits in his last 31 at-bats.

"The process is always challenging unless you are getting results," Kinsler told the Detroit News. "I'm not getting results. But you just continue to try to help the team every day. That's really the mindset.

"Obviously, it's a results-oriented game and if you are not getting those, you don't feel like you are doing anything," he continued. "You can stick to the process and try to stay the course. But at the end of the day, you want to see results. You want to help the team."

Mike Trout isn't having any issues at the plate. He smashed his major league-leading 18th homer on Monday.

Kinsler and Trout will face Michael Fulmer (2-3, 4.08 ERA) on Tuesday. Fulmer broke a winless drought in his last outing. Fulmer held Minnesota to one run on four hits in 5 2/3 innings to capture his first victory since April 7.

Fulmer threw his slider with less velocity, around 84 mph, and that actually helped keep hitters off-balance.

"Whether we were planning for that or not -- I don't think so -- but it worked," Fulmer told the Detroit News afterward. "It could've been everything felt a little dead. My change-up was good because of it, too, it was a little slower. It's something we can take into consideration for the next start -- maybe slow things up."

He is 2-2 with a 3.38 ERA in four outings against the Angels. Trout has never gotten a hit off Fulmer in eight official at-bats, including four strikeouts.

His opponent on Tuesday, Nick Tropeano, is also coming off an encouraging start. He notched his second win of the season by limiting Toronto to one run in 7 1/3 innings.

"Nick was terrific," Scioscia told mlb.com after that outing. "I think as the game went on into probably the mid-innings, his fastball got some more life to it, so he got stronger as the game went on. I thought he had a good combination, using all his off-speed pitches. There were some stretches where he got behind some hitters and had to try to get back into counts, but outside of that, that's a great effort."

Tropeano (2-3, 3.86 ERA) bounced back from a poor outing against Tampa Bay in which he surrendered four runs in 2 2/3 innings. He will be making his first career start against Detroit.