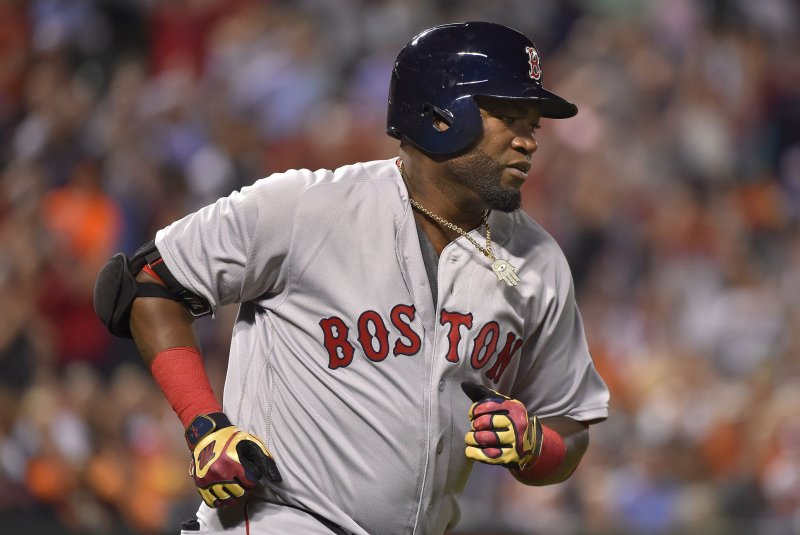 April 24 (UPI) -- Boston Red Sox legend David Ortiz asked the franchise to trade him during the 2003 season, before he won his first World Series in 2004.

"David Ortiz hit all of two home runs in the first [two months] of the 2003 season and in mid-May had his agent come and ask me for a trade to somewhere he could play more regularly," Epstein said on the podcast.

"Fernando Cuza came to talk to me and I told Cuza at the time that David was someone we wanted to get everyday at-bats, but we just needed to pare down the roster a little bit. We ended up trading [Shea] Hillenbrand instead of David Ortiz, so I guess that was a good decision in hindsight. David got regular playing time and ended up hitting close to 30 homers in the second half of the season and was off and running as 'Big Papi.'"

Boston Red Sox DH David Ortiz walks onto the field with a flag draped over his shoulders after the Red Sox defeated the Detroit Tigers 5-2 to win the 2013 ALCS in six games at Fenway Park in Boston, Mass. File photo by Matthew Healey/UPI

The Red Sox traded Hillenbrand to the Arizona Diamondbacks in exchange for Byung-Hyun Kim in May of 2003.

He was also named the 2004 ALCS MVP after mashing three homers and hitting .387 in Boston's historical comeback against the New York Yankees. Boston trailed 3-0 in the series, before winning four consecutive games to punch a ticket into the World Series.