Cleveland Indians manager Terry Francona waves to a fan before the game against the Los Angeles Angels at Angel Stadium in Anaheim, California on April 2,. Francona and the Indians host the Kansas City Royals on Sunday. Photo by Lori Shepler/UPI. | License Photo

CLEVELAND -- After two days of bitterly cold baseball, the Kansas City Royals and Cleveland Indians on Sunday will play the final contest of a three-game series that has seen very little offense, thanks in part to some frigid temperatures.

"It's not weather conducive to hitting," Indians manager Terry Francona said Saturday after his team held Kansas City to three hits but lost 1-0.

Both teams are off to slow starts offensively, particularly the Indians, who have been held scoreless in their last 16 innings and have only scored runs in one of their last 25 innings.

After finishing second in the American League in hitting last year, Cleveland is last in the league in batting (.161) this year.

Aside from the cold, another area of concern is the Indians' left-handed heavy lineup. In Saturday's game, five of the nine players in the starting lineup were left-handed hitters: Jason Kipnis, Michael Brantley, Yonder Alonso, Lonnie Chisenhall and Bradley Zimmer.

Having that many left-handed hitters in the starting lineup makes the Indians vulnerable to facing left-handed relievers late in games.

"We're a little left-handed in our lineup, but hopefully we hit well enough against the starter so that (facing left-handed relievers) doesn't matter," Francona said.

RELATED On This Day: Designated hitter used for first time in MLB

The Indians won't have Chisenhall in the lineup Sunday. He left Saturday's game in the second inning with a strained groin, and Francona said it's likely Chisenhall will be placed on the disabled list. Outfielder Tyler Naquin is expected to be recalled from Triple-A Columbus.

One area that the Indians aren't concerned with is defense. They have not made an error in their first eight games.

For the Royals, they are just happy to be playing some games. Because of bad weather and off days, Kansas City has played a major league-low six games this season. The Royals, moreover, have played those six games in a span of 10 days.

The games the Royals played have been in less-than-ideal conditions. The game-time temperature for Kansas City's last four games, played in Detroit and Cleveland, have been 36, 40, 41 and 34 degrees.

"With the postponements and the off days, it's very hard to get into a rhythm and get on track," Royals manager Ned Yost said. "Even though it's bitter cold here, it's still good for us to get out and play.

"Let's get some games under our belts. It's not like the conditions we normally play under, but it's still good to play."

The forecast for Sunday's game in Cleveland is for temperatures in the mid 30s.

The pitching matchup will feature right-handers Jason Hammel for Kansas City and Mike Clevinger for Cleveland. It will be the second start of the season for both pitchers.

Hammel's first start was a 6-1 loss to Detroit on Monday. He pitched five innings, giving up five runs and seven hits with three strikeouts and three walks.

Last year, Clevinger was 2-0 with a 2.16 ERA in three starts against Kansas City. In five career appearances against the Royals, he is 3-0 with a 2.42 ERA. 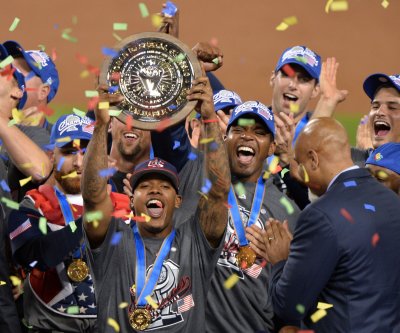 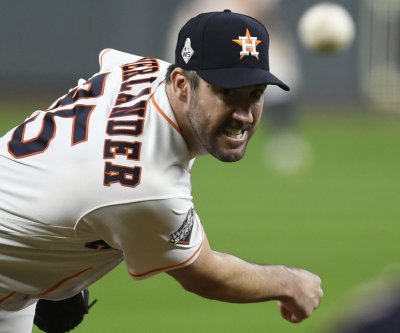