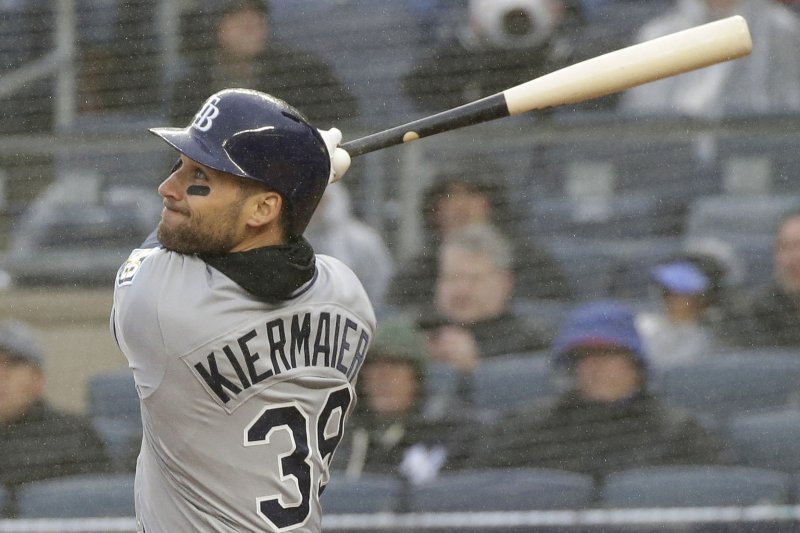 Brilliant starting pitching and strong defense have carried the Boston Red Sox to an early six-game winning streak while the offense has totaled just 20 runs.

The starters have compiled a sterling 0.86 ERA and yielded one or zero runs in each of the seven games.

The Red Sox are the first team ever to have its starters allow one run or less in each of the first seven games of the season -- and it's the longest Sox streak since an eight-gamer in 2000.

And while Chris Sale, David Price, Rick Porcello, Hector Velazquez and Brian Johnson have done the work so far, the rotation gets Eduardo Rodriguez back in Sunday's series finale after his rehab from offseason knee surgery.

The Red Sox are also errorless heading into Saturday's second game of the three-game series with the Tampa Bay Rays, losers of six straight, four of those to Boston. Included in that impressive defensive opening is throwing the potential winning run down at home plate with two outs in the ninth inning on Tuesday night in Miami.

Price, who went seven scoreless innings in a 3-2, 12-inning win over the Rays, is the first Boston starter with back-to-back efforts of at least seven shutout innings and four hits or less since Derek Lowe in 2002. Mel Parnell (1949) is the last Sox starter to open a season with those stats.

"At some point, we are going to take care of these guys," Red Sox manager Alex Cora said, talking about an offense that has hit three outside-the-park homers in seven games.

On Saturday, in a day game expected to be played after Friday-into-Saturday snow, Porcello looks for his second straight win over the Rays while trying to bounce back from a poor 2017 after a 2016 Cy Young season.

Porcello allowed one run in 5 1/3 innings to win in St. Petersburg and comes into the game with a 13-8 record and a 3.20 ERA lifetime against the Rays.

Tampa Bay opened the season with a six-run, eighth-inning rally that pulled out a 6-4 win over Boston but has gone 0-6 since. The 1-6 start equals the worst in the franchise's 20-year history.

The Rays' four losses to the Red Sox have all been by one run.

Tampa Bay has scored just 10 runs in those six games, but Thursday it was closer Alex Colome who was responsible for the latest loss. He gave up two runs in the bottom of the ninth and the Red Sox handed Andrew Kittredge his second loss of the young season in the 12th.

"A tough one right there," Matt Duffy said after Thursday's chilly loss.

On Colome, teammate Daniel Robertson said, "I was around enough (last season) to know when (Colome) came in with a lead in the ninth that it was game over. It's baseball, man. We're all human. (The Red Sox) put some good (at-bats) against him, we turned a good double play, it just didn't work out this time.

Brad Miller, who had a brilliant day picking and stretching at first base Thursday, is 11-for-40 (.275) but with five homers, four doubles and 11 RBIs (11 Ks) lifetime against Porcello.