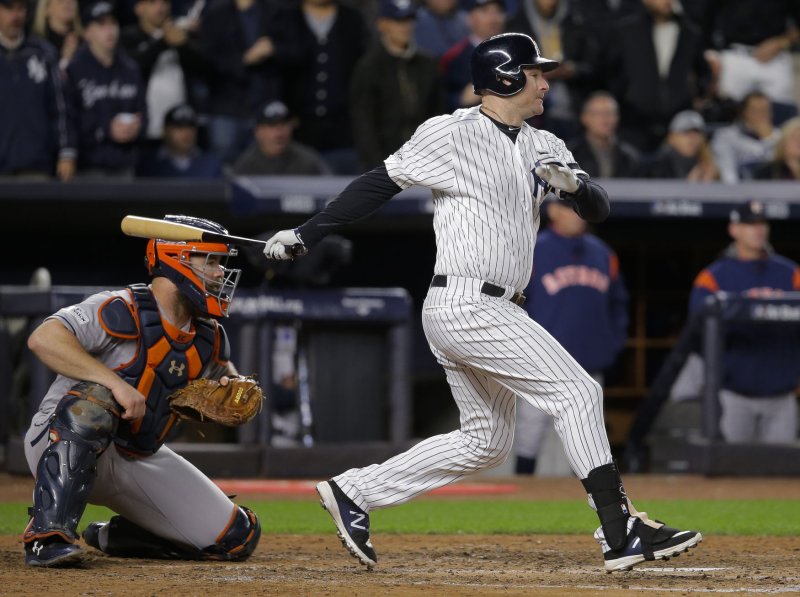 Chase Headley appears to be on his way back to San Diego.

The Padres have agreed to pay the $13 million owed to Headley for the 2018 season, ESPN reported, citing a source.

The teams have yet to confirm the reports, however.

Headley, who began his career with San Diego in 2007, was traded from the Padres to the Yankees prior to the 2014 trade deadline. The 33-year-old switch hitter batted .273 with 12 home runs and 61 RBIs in 147 games last season.