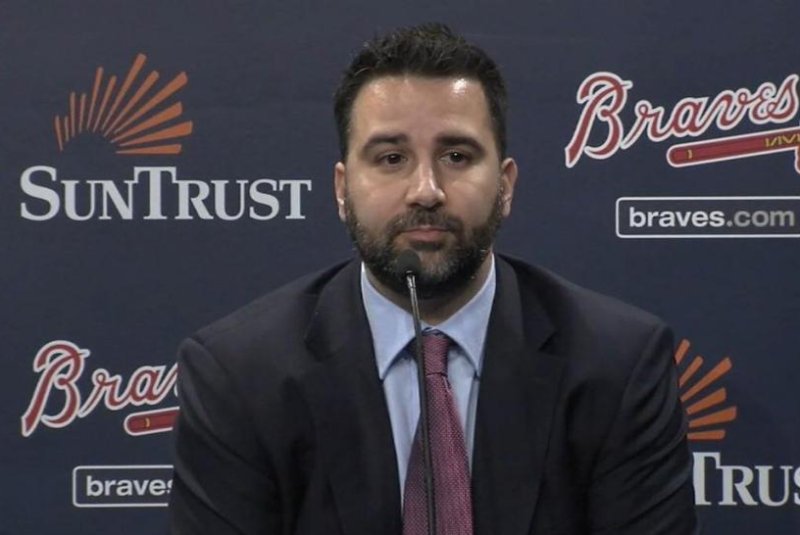 Anthopoulos agreed to terms on a four-year contract that will run through the 2021 seasons. The 40-year-old Montreal native will report to Braves chairman and CEO Terry McGuirk, who also announced on Monday that John Hart is moving into a new role as a senior advisor.

Anthopoulos, who takes over baseball operations from Hart, becomes the 12th general manager with the Braves since the franchise moved to Atlanta in 1966. He succeeds John Coppolella, who was forced to resign on Oct. 2 after an ongoing investigation by Major League Baseball disclosed rule violations committed by the Braves in the international player market.

"The past few months have been the toughest in our storied history," McGuirk said. "We are excited to have Alex lead our baseball operations team and begin a bright, new chapter for our organization. We chose Alex because he is of the highest character and has a wealth of MLB leadership experience. He is one of the elite baseball executives in our industry and is the perfect person to lead us to a World Series."

Anthopoulos spent the past two seasons as the Dodgers' vice president of baseball operations. He served as Toronto's general manager in the six previous seasons, helping the Blue Jays snap a 22-year postseason drought in 2015.