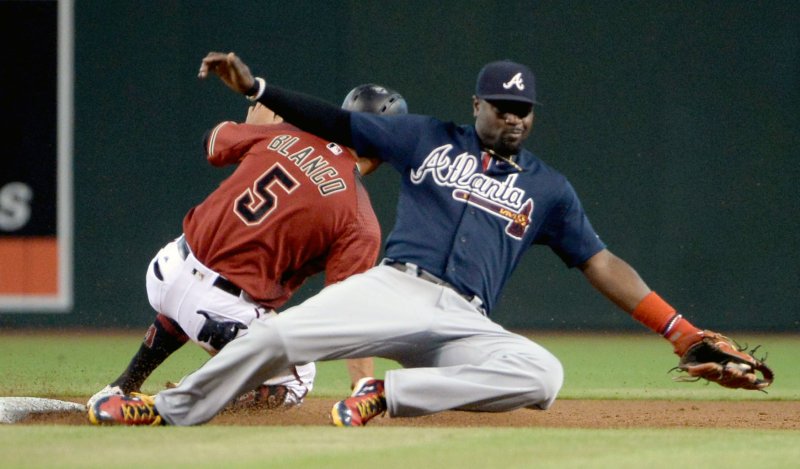 One day after achieving a career milestone with his 2,000th hit, infielder Brandon Phillips was traded by the Atlanta Braves to the Los Angeles Angels on Thursday.

Phillips was scratched from the Braves' lineup against the Chicago Cubs on Thursday night before the deal went through. He will be eligible for the Angels' postseason roster if Los Angeles makes it.

The Angels shipped Triple-A catcher Tony Sanchez to the Braves as part of the transaction and received cash considerations.

The Phillips deal was the second trade of the day for the Angels (69-65), who earlier acquired four-time All-Star outfielder Justin Upton from the Detroit Tigers.

To make room on the 40-man roster, the Angels transferred right-hander Andrew Bailey to the 60-day disabled list. Bailey is out for the season due to a right shoulder strain.

The 36-year-old Phillips, a four-time Gold Glove winner and three-time All-Star, is expected to take over at second base for the Angels. The veteran is hitting .291 with 11 home runs, 52 RBIs and 10 stolen bases in 120 games this season.

The Braves acquired Phillips before the 2017 season from the Cincinnati Reds.

Phillips is only the fifth player in major league history whose primary position is second base with at least 2,000 hits, 200 home runs and 200 stolen bases. The others are Roberto Alomar, Craig Biggio, Joe Morgan and Ryne Sandberg.

Sanchez, 29, joined the Angels as a minor league free agent on Nov. 2 and has spent the season with Triple-A Salt Lake. In 70 games for the Bees, he hit .272 with four home runs and 40 RBIs.

MLB // 22 hours ago
Red Sox's J.D. Martinez hits three homers in win vs. Orioles
April 12 (UPI) -- J.D. Martinez started his day with a strikeout, but went on to smack three home runs to lead the Boston Red Sox to a 14-9 victory over the Baltimore Orioles in Baltimore.