CHICAGO -- Jake Arrieta admitted he didn't pitch his best on Tuesday, but he still had more than enough to make do.

Arrieta tossed six scoreless innings, and Ben Zobrist broke a scoreless tie with a sixth-inning solo homer to help lift the Chicago Cubs to a 4-1 victory over the Pittsburgh Pirates.

"I didn't have great stuff tonight," Arrieta said. "When I came out of the game, I told (manager Joe Maddon) that was strictly just competing, trying to mix some things and keep them off balance.

"They made it difficult, but I was able to make some quality pitches when I needed to."

The victory was the second straight and third in four games for the NL Central-leading Cubs (71-60), who pushed the Pirates (63-70) nine games out of the division lead.

Pirates right-hander Chad Kuhl (6-10) took the loss after working 5 1/3 innings, his second straight defeat and third in his past four outings.

Arrieta (14-8) picked up the victory after allowing two hits and two walks with four strikeouts on 97 pitches. He closed August with a 4-1 record and one no-decision.

"(Arrieta) didn't have his best everything, but he pitched, he competed," Maddon said. "A lot of foul balls. He wasn't missing the bats, they kept extending at-bats, the pitch number got up there. But when you compete like that, you deserve the win, (and) he got it."

"He was still getting super movement on his fastball," Jaso said. "(It was) some of the best movement I've seen all year."

Wade Davis, the fifth Cubs pitcher of the night, worked the ninth for his franchise-record 27th consecutive save.

Kuhl contained the Cubs until the sixth.

Zobrist's homer to right-center to lead off the inning was his 10th of the season and second since Saturday. It came on a 2-2 count after he fouled off four pitches.

Kyle Schwarber then walked, Anthony Rizzo doubled to shallow right with one out, and Kuhl intentionally walked Tommy La Stella to load the bases for Alex Avila.

Avila lined a single to right to score Schwarber for a 2-0 lead, ending Kuhl's night.

"(The Cubs) have guys who can work at-bats, guys that can get on base, steal bases, long ball," Kuhl said. "They've got a special lineup over there. I think they provide a mix of different talents."

Right-hander A.J. Schugel entered, and the Cubs quickly made it 3-0 as Jason Heyward's sacrifice to left brought in Rizzo from third.

"He's capable of not maybe getting out of the blocks that clean and then getting everything back in line," Pirates manager Clint Hurdle said. "The game before this he had a lot of pitches in four innings. However, he only gave up two runs."

Arrieta was also finished after six, replaced in the seventh by right-hander Koji Uehara.

Uehara yielded a one-out homer to Jaso, the right fielder's ninth of the year. Pedro Strop struck out Jose Osuna to end the seventh.

Strop worked one inning, and Brian Duensing closed the eighth.

Rizzo made it 4-1 with none out in the eighth with his second double of the night, driving in Kris Bryant. It was Rizzo's 200th career double.

Rizzo went 3-for-4 while Zobrist and Heyward had two hits apiece. Jaso went 2-for-2 for Pittsburgh, which collected six hits.

NOTES: Multiple media outlets reported that Pirates RHP Juan Nicasio (2-5) was placed on irrevocable outright waivers. ... For the first time in seven games, the Pirates were not retired in order in the first inning, as No. 2 hitter Josh Harrison singled to left. ... The Pirates send RHP Ivan Nova (11-11, 3.97 ERA) against Chicago LHP Jose Quintana (4-3, 4.50 ERA with Cubs) in the series finale Wednesday. Quintana, traded to the Cubs by the White Sox, is 8-11 overall with a 4.49 ERA through 26 starts. ... The Cubs have a major-league-best six players with at least 10 home runs at home this season and have tied a big league record with four 20-homer seasons by players age 25 or younger (Kris Bryant, Willson Contreras, Kyle Schwarber and Javier Baez). 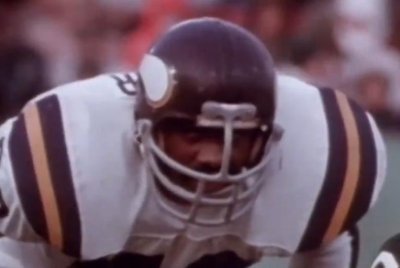