Washington Nationals get two pitchers in trade with Oakland Athletics

July 16 (UPI) -- The team with the worst bullpen in baseball improved Sunday when the Washington Nationals traded with the Oakland Athletics for two relief pitchers.

Madson, 36, is an experienced reliever. He pitched his first nine seasons for the Philadelphia Phillies before his brief retirement. He joined the Kansas City Royals in 2015, before signing on as a free agent with the Athletics in 2015. The two-time World Series champion owns a career 3.40 ERA and has 86 saves. Madson owns a career-best 2.06 ERA and has a 2-4 record in 40 appearances this season. He had a 3.62 ERA and 30 saves last season for the Athletics.

The Nationals' bullpen owns a 5.34 ERA, while the team's starters have the third-lowest ERA (3.61) and most strikeouts thrown in baseball. 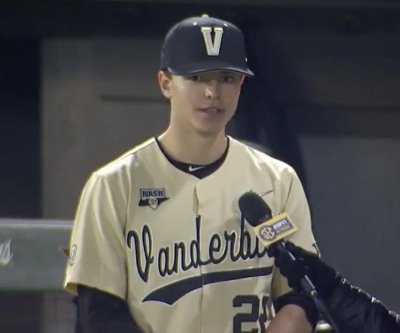