Jonathan Schoop and the Baltimore Orioles fought their way past the Minnesota Twins on Saturday. Photo by David Tulis/UPI | License Photo

MINNEAPOLIS -- Jonathan Schoop hit a towering two-run homer, Manny Machado reached base three times and Wade Miley bounced back with a strong effort on the mound in the Baltimore Orioles' 5-1 win against the Minnesota Twins on Saturday.

Mark Trumbo added a solo homer for the Orioles. Machado had two hits, a walk, two runs scored and an RBI a day after his four-hit, two-homer performance on Friday as Baltimore snapped a five-game losing streak and beat Minnesota for the first time in six games this season.

Miley (4-7) earned his first win in four starts, giving up eight hits and three walks. The only blemish on his line came from a solo homer by All-Star slugger Miguel Sano.

Adalberto Mejia (4-4) allowed four runs on five hits and three walks in 6 2/3 innings for the Twins. He struck out six batters.

Miley had allowed 29 earned runs in 22 1/3 innings in his previous six starts, but manager Buck Showalter decided to give Miley one last start before the All-Star break to see if he could alter the course of his season. Miley carried a 2.82 ERA through his first 11 starts this season.

The left-hander wasn't particularly sharp but managed his way out of big innings. Minnesota left 10 runners on base through the first six innings and was 0-for-4 with runners in scoring position.

The Twins had at least two runners on base in four of Miley's innings. Sano's homer with two outs in the third opened the scoring and Robbie Grossman and Kennys Vargas followed with singles, but Miley got Eddie Rosario to ground out to end the threat. Vargas grounded out in the fifth after Miley walked Sano and Grossman.

On the other side, Mejia might have deserved a better fate. He retired nine batters in a row before Machado singled in the fourth. Schoop, named an All-Star for the first time this week, followed with his 18th homer to the third deck in left field, an estimated 455 feet.

NOTES: Miguel Sano's 21 homers are the most by a Twins player before the All-Star break since Justin Morneau also hit 21 in 2009. ... Baltimore reinstated RHP Chris Tillman from the paternity leave list and designated SS Paul Janish for assignment. Tillman was available out of the bullpen. ... Jonathan Schoop started his first major league game at shortstop. The Orioles are trying to fill shortstop with J.J. Hardy on the disabled list with a right wrist fracture and Baltimore started Johnny Giavotella in Schoop's normal second base spot. ... Minnesota manager Paul Molitor said the Twins will go with Jose Berrios, Ervin Santana, Kyle Gibson and Adalberto Mejia in order through the rotation after the All-Star break. ... Molitor said he's still hopeful Joe Mauer (left side low back/lumbar strain) will be ready for the second game out of the break when he's first eligible to come off the disabled list. 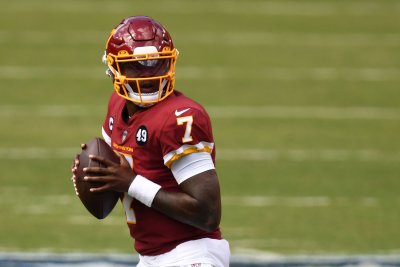