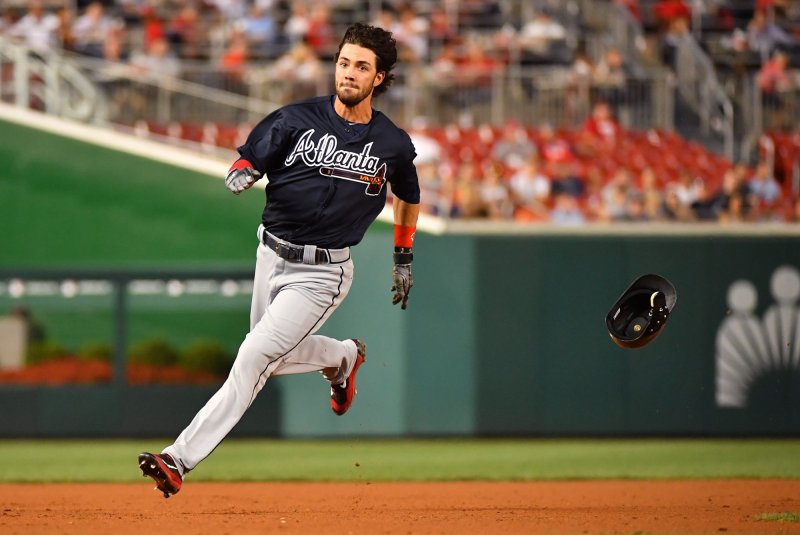 OAKLAND, Calif. -- After a rough start to his season, Atlanta Braves rookie shortstop Dansby Swanson got hot in June, and he didn't cool off when the calendar flipped on Saturday.

Swanson hit a tiebreaking RBI double in the seventh inning and another one in the ninth inning, leading the Braves to a 4-3 victory against the Oakland Athletics at the Oakland Coliseum.

"Just a learning curve and trying to get where I need to be personally, mentally," said Swanson, who was drafted No. 1 overall by Arizona in 2015. "Just trying to become the best version of myself every day. Taking the positives and moving forward with those and taking the negatives and learning from them again. Ups and downs. This game's hard. Just trying to learn each day and become better."

"He had a really good June," Braves manager Brian Snitker said. "I know he and (hitting coach Kevin Seitzer) have been working, and he made some adjustments. He keeps working and he keeps his head and believes in himself. He has confidence in his abilities and we're seeing it."

Braves knuckleballer R.A. Dickey allowed one run over six innings in a no-decision. Dickey struck out four and walked three. He has allowed a combined two runs over 20 innings over his past three starts, going 2-0.

"I had a good enough knuckleball where I was getting a lot of weak contact," Dickey said. "Even the inning they scored their run, it was little nubber up the middle, a ground ball to the right side, a bleeder to left. So that's kind of how I gauge how the knuckleball was, how well they were squaring it up. They only really squared up a couple."

A's right-hander Paul Blackburn received a no-decision despite allowing one unearned run on three hits over six innings in his major-league debut. Blackburn, who was called up Saturday from Triple-A Nashville, struck out four, walked one and threw 96 pitches. He pitched in front of a large contingent of family members and friends from his hometown of Brentwood, some 45 miles northeast of Oakland.

"Honestly, this is probably one of the best days of my life," Blackburn said. "I'm just trying to take it all in. I'm not really sure it's me yet, but it was a lot of fun."

Blackburn made a strong impression on A's manager Bob Melvin.

"I thought his composure was great," Melvin said. "From the very start you worry about nerves a little bit, but it didn't seem like there were any."

The Braves have won the first two contests of the three-game interleague series and will go for the sweep Sunday afternoon.

Atlanta took a 2-1 lead in the seventh when Danny Santana, the No. 8 hitter, blooped a one-out single, stole second and third and scored on Swanson's double.

The Braves increased their lead to 3-1 in the eighth. Nick Markakis hit a leadoff double and scored with one out from third on Matt Adams' sacrifice fly.

But the A's pulled even with two runs in the bottom of the eighth. After reliever Arodys Vizcaino walked Jed Lowrie, Khris Davis crushed his next pitch 458 feet off a window in a luxury suite far beyond and above the fence in left-center field. Davis' homer was his team-high 22nd of the season.

The Braves moved ahead 4-3 in the ninth with an unearned run. A's rookie shortstop Franklin Barreto booted Santana's ground ball with one out for his second error of the game. Santana stole second and scored on Swanson's double down the left field line off Santiago Casilla (1-3).

Jim Johnson, a former Athletic, pitched a perfect ninth with two strikeouts for his 18th save of the season and second straight against Oakland.

"I think it just kind of shows what this team is about," Swanson said of the ninth-inning rally. "We just keep going at it and going at it."

Santana went 2-for-4 with a double and an RBI, stole three bases and scored twice.

The Braves took a 1-0 lead in the second inning, scoring an unearned run off Blackburn. Tyler Flowers led off with a ground ball to Barreto, who airmailed his throw to first for a two-base error. Flowers scored on Santana's one-out double.

Oakland pulled even with a run in the fourth off Dickey. Davis walked with one out, moved to second on Yonder Alonso's bloop single to left and scored when Healy grounded a sharp single to center.

Matt Olson grounded a single to right, loading the bases, but Dickey got Josh Phegley to ground into a double play.

NOTES: Braves 1B Matt Adams (left foot contusion) returned to the starting lineup after missing one game. Adams left Thursday's game against San Diego after fouling a ball off his left foot in the second inning. ... Oakland 3B Matt Chapman (left knee cellulitis) was scheduled to begin a rehab assignment Saturday night with Class A Stockton and could be activated from the disabled list as early as Monday when the A's open a three-game series against the White Sox. Chapman initially was expected to begin his rehab assignment Sunday. ... A's 1B Yonder Alonso (right knee contusion) returned to the lineup Saturday against Atlanta after missing two starts. Alonso, who left Wednesday's game against Houston after fouling a ball off his knee in the eighth inning, pinch hit Friday. ... A's RHP Josh Smith was optioned to Triple-A Nashville. He had no decisions and a 6.75 ERA in 18 relief appearances for the A's. ... Former A's pitcher Barry Zito threw out the ceremonial first pitch to ex-A's catcher Ramon Hernandez on "Turn Back the Clock Day" at the Coliseum.

MLB // 7 hours ago
New-look Marlins embrace flair, Jazz Chisholm's electricity
April 22 (UPI) -- A blue-haired rookie infielder, an electric pitching staff and a groundbreaking general manager have magnetized eyes to the Miami Marlins, a franchise that embraced the role of over-performing underdog in 2020.

MLB // 11 hours ago
Matt Olson homers twice, Athletics get walk-off win vs. Twins
April 22 (UPI) -- The Oakland Athletics outlasted the Minnesota Twins 13-12 in a game that featured 361 pitches, 31 hits, seven home runs and a brutal error, which allowed the winning run in the bottom of the 10th inning. 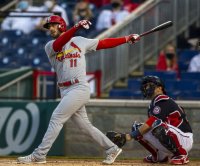 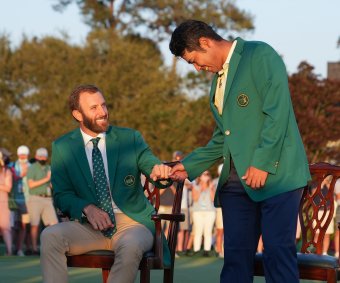