By
Bob Keisser, The Sports Xchange

LOS ANGELES -- The Los Angeles Dodgers' 4-0 victory over the Los Angeles Angels on Tuesday night was what one would call a smart win.

The Dodgers only had four hits, were missing four starters from the lineup and didn't look like the team that had just won 10 straight games before Monday with a combination of power hitting and stingy pitching.

However, they were extremely sharp in key situations, starting with pitcher Kenta Maeda, and they got a three-run homer from Joc Pederson to cap a four-run sixth inning.

Maeda, who was 16-11 last season, had lost his spot in the 2017 rotation because of a lack of focus, and he was only starting Tuesday because the Dodgers wanted to give the rotation an extra day's rest.

Maeda (6-3) took the demotion and the opportunity seriously. He had his best outing of the season, allowing just four hits and no walks while striking out six in seven innings. Only two of the hits were out of the infield, and he didn't allow a runner to get past second.

He made two relief appearances and one spot start after being removed from the rotation.

"I definitely felt a sense of urgency," he said. "I didn't start the season very well. What I learned is that whether I'm starting or relieving, I have to start strong. Relieving gave me less time to get a feel for the game. I had to just come in and throw strikes."

Dodgers manager Dave Roberts said, "Kenta was very good tonight. They had very few good swings against him. He was aggressive and filled up the strike zone."

The Dodgers' four-run rally was quintessential baseball. Chase Utley led off with a line drive to left against Angels starter Jesse Chavez (5-8), and he hustled it into a double because he knew left fielder Ben Revere does not have a strong arm.

A walk and fly ball put runners on the corners for Cody Bellinger against left-handed reliever Jose Alvarez. With the Angels in a shift and shortstop Andrelton Simmons shading second base, Bellinger went with an outside pitch to the spot vacated by Simmons for a single to score Utley, giving the Dodgers a 1-0 lead.

"I was comfortable in that situation," said Bellinger, who has 24 home runs and 56 RBIs in his first 59 major league games. "I was looking for a slider or fastball away."

Pederson, a left-handed hitter, was up next. Justin Turner had a bat in his hands in the dugout, and it appeared Roberts might send Turner up to pinch-hit for Pederson, who has a career .177 average against left-handers.

"I thought about it," Roberts said. "But if I use Turner, they probably walk him. Joc's been working very hard against left-handers, and Alvarez had even splits. I wanted to take a chance with Joc."

Pederson hit an 0-1 pitch by Alvarez over the center field fence for a three-run home run and a 4-0 lead. It was his seventh home run of the season and first against a left-hander. He was 5-for-30 (.167) versus lefties coming into the game, with just one RBI. He hit .125 against left-handers last season.

"He's had a tendency to try and do too much against lefties," Roberts said. "Today he kept his front side closed and had a nice, sweet balanced swing."

Angels manager Mike Scioscia was confident with Alvarez, as he has been with his entire bullpen this season.

"They're the reason why we've been able to stay around .500 this season," he said of the bullpen. "If not for them, we're probably 10 games under."

Chavez was charged with two runs on two hits in 5 1/3 innings, and the first hit was a fluke double by Chris Taylor when center fielder Eric Young Jr. lost track of his fly ball.

Brandon Morrow allowed a hit in two innings of relief for Maeda.

The Dodgers have won 17 of their last 19 games. The loss snapped the Angels' modest three-game winning streak. The series continues with games in Anaheim on Wednesday and Thursday.

NOTES: Angels CF Cameron Maybin was out of the lineup, getting a day off. DH Albert Pujols, who played first base Monday in the interleague game, also did not play. ... The Dodgers had four starters out of the lineup: SS Corey Seager (hamstring), RF Yasiel Puig (hamstring), 3B Justin Turner (rest) and C Yasmani Grandal. ... Puig had his one-game suspension rescinded by Major League Baseball. He will make a donation to a charity in lieu of missing a game. The punishment stems from him making an obscene gesture during a recent game. 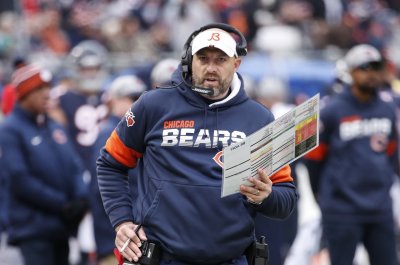