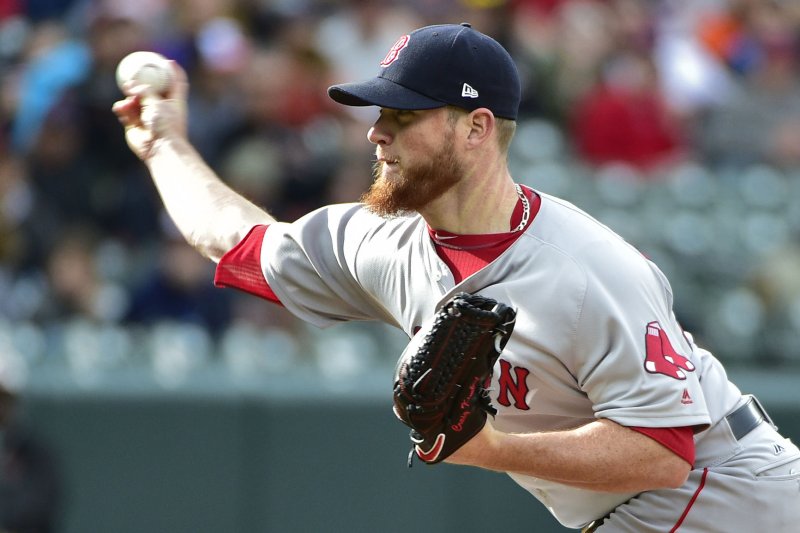 CHICAGO -- Boston Red Sox designated hitter Pablo Sandoval resisted the urge to swing for the fences in his first game back from the disabled list after missing more than a month.

Instead, the portly slugger focused simply on making contact. The approach worked to perfection as Sandoval finished 3-for-4 and drove in the go-ahead run in a 4-1 victory over the Chicago White Sox on Wednesday night.

All three of Sandoval's hits went to the opposite field.

"His first night back, he chips in," Boston manager John Farrell said. "To see him come back and swing the bat with some aggressiveness, he gives us a boost."

Christian Vazquez added a double and two RBIs as the Red Sox took the rubber match of the series. Boston (29-23) won for the eighth time in its past 10 games.

Red Sox left-hander Drew Pomeranz (5-3) picked up his second win in a row and the 30th victory of his career. He limited the White Sox to one run and seven hits in seven innings. He walked none and struck out eight.

"Any time we're getting starters that are walking out for the seventh inning, we're not overusing the bullpen," Farrell said. "He certainly has the ability. He's showing that right now.

"This is a right-handed-hitting team that had very good success against left-handers, and he went out and pitched a whale of a game tonight."

Tim Anderson went 2-for-4 with an RBI for Chicago (24-28), which dropped its second straight game.

"We weren't able to put together anything more against Pomeranz," White Sox manager Rick Renteria said. "He kept elevating that fastball and dropping in that breaking ball."

In his past three starts, Pomeranz has issued three walks while striking out 25.

"I feel pretty good with four pitches out there," Pomeranz said. "I worked all week on just repeating what I did the start before. ... When you're making pitches and you're pitching to the corners in the zone, that's what it's all about."

White Sox right-hander Anthony Swarzak (2-1) drew the loss after surrendering four runs and four hits in one inning. He had allowed three earned runs in the previous 23 1/3 innings.

Renteria said White Sox coaches planned to limit Pelfrey to five innings. He threw 83 pitches before yielding to Swarzak in the sixth.

"I feel good about where I'm at," Pelfrey said. "I feel good about my off-speed pitches, I think they're probably better than they've ever been. But as I said, I've thrown a lot more than I ever have. I just want to get a little deeper into games and I've got to find a way to be a little more efficient to be able to do that. That's my next goal."

The White Sox opened the scoring in the second. Avisail Garcia singled, stole second and advanced to third base on a throwing error by Vazquez. Garcia scored moments later when Anderson doubled off the wall in left-center field.

Boston broke out with four runs in the sixth. With the bases loaded and one out, Josh Rutledge drove in a run on a groundout. Sandoval followed with a bloop single to left field that made it 2-1. Vazquez capped the rally with a two-run double to deep center.

Red Sox closer Craig Kimbrel struck out the side in the ninth for his 15th save.

"Nothing is ever given or automatic, but he's pretty darn close right now," Farrell said of Kimbrel.

NOTES: Boston 3B/DH Pablo Sandoval served as designated hitter in his first game since spraining his right knee while fielding a line drive April 23. Red Sox manager John Farrell indicated Sandoval could return to the field soon. ... White Sox broadcaster Ken "Hawk" Harrelson announced that 2018 will be his final season in the booth. Harrelson, 75, spent nine seasons in the majors and started his broadcast career in 1975 with the Red Sox before moving to the White Sox in 1982. ... Boston RHP Carson Smith is scheduled to face hitters next week for the first time since undergoing Tommy John surgery in May 2016. ... White Sox LHP Carlos Rodon is expected to pitch five innings in a simulated game Thursday as he recovers from a left biceps injury.