By
Joe Haakenson, The Sports Xchange

ANAHEIM, Calif. -- Atlanta Braves pitcher Bartolo Colon won the American League Cy Young Award with the Los Angeles Angels in 2005, but his former club hasn't treated him too kindly the last couple times he has returned to Angel Stadium and faced them wearing an opposing uniform.

Colon gave up nine runs to the Angels on Tuesday, all in an ugly and decisive third inning that ultimately led to a 9-3 Los Angeles victory over Atlanta.

In his most recent previous start in Anaheim, three years ago while with the New York Mets, Colon also surrendered nine runs in a 14-2 loss.

Colon (2-6) wasn't solely to blame for the Braves' implosion Tuesday as the defense committed three errors, including one by Colon, which resulted in seven of the nine runs being unearned. The Angels had six hits in the inning, including a three-run homer by Albert Pujols, his eighth of the season and No. 599 of his career.

The home run, though, seemed to be lost in the morass that was the third inning.

"It was an inning that, I don't know if I've ever witnessed anything like that," Braves manager Brian Snitker said. "And I've been at all the levels. That was, I don't know, it was a little bit of everything. I couldn't even count how many extra outs we gave."

Matt Kemp's two-run homer in the third gave the Braves a lead that lasted only until they came unglued in the bottom half of the inning.

Juan Graterol led off the Angels' third with a single but was forced out at second on Eric Young Jr.'s grounder to short. Probably the biggest play of the inning and the first of the three errors came next when second baseman Jace Peterson mishandled a grounder by Kole Calhoun in his haste to turn what would have been an inning-ending double play.

Instead, Pujols followed with his three-run homer, and the rout was just beginning.

There were also a couple of plays -- one by Colon and one by first baseman Matt Adams -- when indecision after fielding a grounder resulted in Angels baserunners safely advancing all around.

In all, the Angels sent 14 batters to the plate, and the inning ended when Luis Valbuena lined into a double play with the bases loaded. The nine runs were the most by the club in an inning all season and marked only the fourth time the Angels scored as many as nine runs in a game.

"It bothers you, because this is the major leagues. That shouldn't happen," Snitker said. "One thing these guys should be able to do is make plays, and we didn't. And it was a lot of people not making plays.

"Bartolo was throwing good, he had good movement on his fastball, he was looking like his old self there. And it just all went to ... it went south there."

Colon lasted 2 1/3 innings and gave up seven hits and one walk. He struck out two.

While Colon was making his 511th career start and 520th career appearance, Angels starter Parker Bridwell was making his first major league start. Bridwell got the victory after giving up three runs and six hits in six-plus innings.

Bidwell allowed three hits in the first inning but benefitted when right fielder Calhoun threw out Nick Markakis at the plate trying to score from second on a single by Adams.

Bridwell seemed to settle down after the first and allowed only a two-run homer to Kemp in the third inning and a solo homer to Tyler Flowers in the seventh before coming out of the game.

"The first thing that struck us all was his poise," Angels manager Mike Scioscia said of Bridwell. "He was not fazed by Kemp's home run, he was a little upset with his location, but great poise. He was calm and showed good stuff."

Bridwell pitched in two games out of the bullpen for the Baltimore Orioles last year, and it helped stave off some of the jitters that he might have been feeling.

"I kind of pride myself in not showing any emotion and going about my business pitch to pitch," Bridwell said. "If I can keep my poise, it keeps my mind clear and helps me execute pitches."

NOTES: Angels OF Cameron Maybin was not in the starting lineup because of a strained muscle in his side. He hurt himself making a running catch in Monday's game and is listed as day-to-day. Provided he is healthy, Maybin is expected to get most of the starts in center field with CF Mike Trout on the disabled list. Eric Young Jr. got the start in center on Tuesday. ... Angels INF Nolan Fontana was optioned to Triple-A Salt Lake to make room on the roster for RHP Parker Bridwell. Fontana was up with the big club for only a week, getting into seven games (five starts) and hitting .056 (1-for-18), his one hit being a home run. ... Braves 2B Brandon Phillips missed his second game in a row with a contusion on his right knee. Phillips said he expects to be in the lineup Wednesday. ... Braves 1B Matt Adams has 10 hits since being acquired from the Cardinals in a trade May 20 to replace injured 1B Freddie Freeman. Six of those hits (three doubles, one triple and two homers) have gone for extra bases. 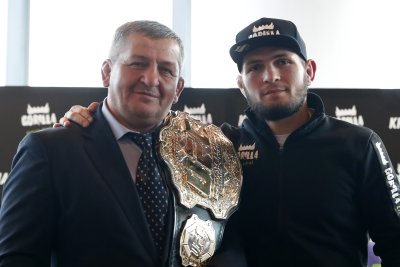