Boston Red Sox Mookie Betts leads off the game with a solo home run in the first inning against the St. Louis Cardinals at Busch Stadium in St. Louis on May 16, 2017. Photo by Bill Greenblatt/UPI | License Photo

Boston Red Sox starting pitcher Eduardo Rodriguez delivers a pitch to the St. Louis Cardinals in the first inning at Busch Stadium in St. Louis on May 16, 2017. Photo by Bill Greenblatt/UPI | License Photo

St. Louis Cardinals Tommy Pham swings, hitting a sacrifice RBI in the third inning against the Boston Red Sox at Busch Stadium in St. Louis on May 16, 2017. Photo by Bill Greenblatt/UPI | License Photo

Boston Red Sox pitcher Craig Kimbrel and catcher Christian Vazquez embrace after the third out and a 6-3 win over the St. Louis Cardinals at Busch Stadium in St. Louis on May 16, 2017. Photo by Bill Greenblatt/UPI | License Photo

ST. LOUIS -- Mookie Betts did not waste any time Tuesday night in trying to build on his success from last week for the Boston Red Sox.

Playing his first game after being named the AL Player of the Week for last week, when he hit .400 with four homers and 12 RBIs in seven games, Betts led off the game with a home run and later added another RBI to help lead the Red Sox to a 6-3 win over the St. Louis Cardinals.

Betts' homer was the 10th leadoff homer of his career, tying Jacoby Ellsbury for the most in Red Sox history.

"I just try to start the game off with something good and it just so happens the ball goes over the fence," Betts said. "I had a good first at-bat and then not really another good one after that. So I'm just trying to put it all together and just string some good games together."

Betts' homer off Lance Lynn was followed by a second-inning homer by Jackie Bradley Jr., only the sixth time this season the Red Sox have hit two or more homers in a game. They came into the game ranked last in the American League with 31 homers.

The homer also was the first run the Cardinals have allowed in the first inning in 21 home games this season.

"It's a jolt of energy," said manager John Farrell. "Mookie jumping right out of the gate is a big plus for us.

"We played a strong game, I think, in every phase here tonight. Particularly some very good defensive plays. Mookie cuts down (Matt) Carpenter going into second. Deven (Marrero) makes a nice play to the backhand side. We were able to put ourselves into position, capitalize on some of their miscues, and then when you're turning it over to (Craig) Kimbrel the way he's going right now it's a pretty good position to be in."

Eduardo Rodriguez snapped a string of three consecutive starts without a decision, earning his second win of the year by allowing five hits over six innings. All three Cardinals runs scored in the third, two coming on sacrifice flies.

Kimbrel, who has not allowed a run against the Cardinals in St. Louis in seven games since the start of the 2012 season, earned his 12th save by pitching a 1-2-3 ninth.

After grabbing a 2-0 lead on the homers, the Red Sox were able to take advantage of mistakes by the Cardinals to score twice in the fifth, regaining the lead, and add two insurance runs in the eighth.

The Cardinals had gone ahead with three runs in the third, and Lynn was mad at himself for letting the Red Sox regain the lead two innings later.

"The team fought back and gave me a lead and I gave it away," Lynn said. "They gave me a chance to win and I didn't get it done so that's on me. I didn't pick them up and it cost us the game."

A leadoff walk in the fifth was followed by an error charged to Jedd Gyorko on a hard-hit ball, and a swinging bunt by Rodriguez advanced the runners to second and third. Lynn got Betts to hit a ground ball, but with the infield playing back, the tying run scored. Dustin Pedroia then followed with an RBI single.

"There were some things that went on in that inning that I wasn't happy with," Lynn said. "When you have second and third and the infield back and you give up a run that's difficult to swallow."

In the eighth, the Red Sox increased the lead to 6-3 thanks in part to a great slide by Xander Bogaerts, who managed to avoid a tag from Aledmys Diaz at second after he had been picked off of first. Brett Cecil would have had two outs and nobody on, but instead walked the next two left-handed batters and Christian Vazquez greeted Miguel Socolovich with a sacrifice fly. The Red Sox added their final run when Tommy Pham dropped a fly ball in left near the stands, the third error of the game by the Cardinals.

"We keep talking about how we're going to improve defensively and we're working on it," said manager Mike Matheny. "It's not necessarily going to all come in one day but I believe we've made great strides. You're still going to have days when it doesn't all come together. I would say this is like what we saw early on and at times last year; we don't make plays and it ends up biting us pretty hard."

NOTES: After leaving his Sunday start because of tightness in his left triceps, Red Sox LHP Drew Pomeranz is scheduled to throw a bullpen session Wednesday. He expects to make his next start as scheduled Saturday night in Oakland. ... The Red Sox said RHP Hector Velazquez would be called up from Triple-A Pawtucket to start Thursday night against the A's, with LHP Chris Sale set to start Friday. ... OF Stephen Piscotty (hamstring) and 3B Jhonny Peralta (upper respiratory infection), the two Cardinals on rehab assignments, could both rejoin the major league team Saturday, GM John Mozeliak said. Piscotty played his first game Tuesday night for Double-A Springfield and was 0-for-3 with an RBI groundout and a walk. ... LHP Tyler Lyons is set to make one more rehab start Saturday for Springfield before rejoining the Cardinals. He has been out with a strained ribcage muscle. 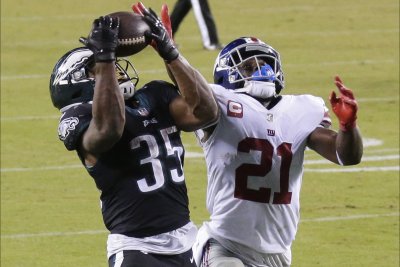