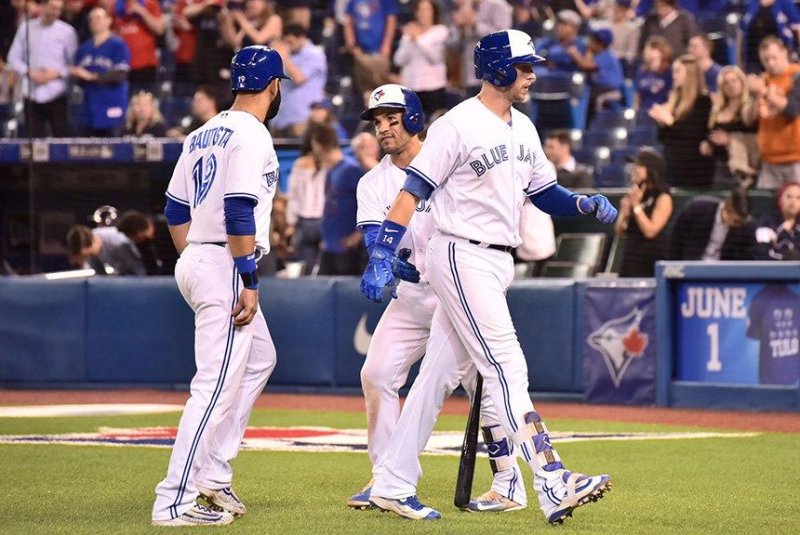 TORONTO -- Not much was going right for Bartolo Colon. He had not won a game since April 16. His ERA had swelled to 7.22.

So the 43-year-old decided to change some things for his start against the Toronto Blue Jays on Monday night.

"I started throwing some off-speed pitches in the first inning, and I usually don't do that," Colon said. "I usually focus on my fastball. Throwing that off-speed stuff yielded the results I was looking for."

Supported by a three-run homer from Freddie Freeman and three RBI from Nick Markakis, Colon pitched five innings for the win as the Atlanta Braves trounced the Blue Jays 10-6.

Colon (2-4) was not feeling his best, either, but he went five innings, allowing seven hits, two walks and three runs (two earned). He struck out one as he lowered his ERA to 6.80.

"It's been kind of a head-cold-type of thing, and today my stomach was really ill as well," Colon said.

Matt Kemp had four hits and a walk and scored three runs for the Braves.

"That was good," Kemp said. "We needed that. These types of games, they can carry over into some pretty good winning streaks."

Toronto's Justin Smoak hit his eighth homer of the season, a two-run shot off Josh Collmenter in the bottom of the ninth inning.

The Braves (14-21), who have won three of their past four games, ended the Blue Jays' season-best, five-game winning streak.

"That was real big because this is a hot ballclub," Braves manager Brian Snitker said. "We come in here and these guys are swinging the bats really well. I know (Colon) has been pitching a long time, but I guarantee you an outing like that will do a lot for him and his confidence going forward."

The Toronto pitchers finished with a franchise-high five hit batters, with Leonel Campos and Aaron Loup each hitting one.

"I don't think I've hit someone in about two years, and I hit three people in one game, which is unacceptable," Bolsinger said. "The team has been playing so good, hitting the ball so well, been on a hot streak and I feel like I kind of put that to an end. The team puts up six runs for you, I think you should come out the game with a W."

Blue Jays manager John Gibbons said, "I don't think (Bolsinger) had his good curveball, which is kind of vital to him. He threw some good ones, but consistently he couldn't do it.

"I thought we were going to get to Colon a little bit. We took some good swings off him. We hung around, but they blew it open."

Freeman hit his 13th homer of the season in the sixth against Campos, who took over after J.P. Howell allowed a double by Dansby Swanson and a bunt single by Ender Inciarte. Adonis Garcia capped the four-run inning with an RBI single.

Ian Krol replaced Colon in the bottom of the sixth. He walked three in 1 2/3 innings before being replaced in the seventh by Jason Motte, who gave up the second RBI double of the game by Devon Travis.

The Braves took a 2-0 lead in the first inning. Bolsinger hit Brandon Phillips with a pitch with one out. Freeman's grounder forced Phillips at second.

Kemp singled Freeman to third, and Kemp took second on a poor throw to the infield by left fielder Ezequiel Carrera. Both runners scored on a single by Markakis.

Bolsinger hit Garcia with a pitch to lead off the second. Garcia stole second and continued to third on catcher Mike Ohlman's throwing error. He slid home safely on Swanson's sacrifice fly to center and Atlanta led 3-0.

The Blue Jays (17-22) scored once in the second inning on doubles by Smoak and Travis to make it 3-1.

Atlanta added a run in the fourth on an RBI single by Swanson. Tyler Flowers led off with a single and was forced at second on a grounder to third by Garcia.

Bolsinger hit a batter for the third time in the game to send Jace Peterson to first and Garcia to second. Swanson singled to drive in a run but was thrown out trying for a double by right fielder Jose Bautista.

Ohlman's first career major league hit, a single to center, scored Travis in the bottom of the fourth to cut the lead to 4-2. Travis reached first on an infield hit and took second on Swanson's throwing error.

The Braves scored twice in the fifth.

Markakis singled to score Kemp, who had doubled with two outs for his third hit of the game. Flowers walked and Garcia hit an RBI single to end Bolsinger's start.

The Blue Jays cut the lead to 6-3 in the bottom of the fifth when Kevin Pillar singled and Bautista hit an RBI double.

NOTES: Toronto OF/INF Steve Pearce (strained right hamstring) went on the 10-day disabled list. He left the game Sunday against the Seattle Mariners after sliding into second with a double. ... RHP Leonel Campos was recalled from Triple-A Buffalo, where he had been optioned Sunday when RHP Aaron Sanchez (split fingernail) was reinstated from the disabled list. Campos allowed two runs in 2 1/3 innings. ... Former Blue Jays RHP R.A. Dickey, now with the Braves, started and took the loss Sunday against the Miami Marlins. The knuckleballer is not scheduled to face the Blue Jays this week. ... Atlanta LHP Jaime Garcia (1-2, 4.33 ERA) will face Toronto RHP Marco Estrada (2-2, 3.12 ERA) on Tuesday.

MLB // 5 days ago
Dodgers' Will Smith comes off bench, slugs walk-off homer to beat Giants
July 21 (UPI) -- Catcher Will Smith came off the bench and smacked a 419-foot, three-run homer to give the Los Angeles Dodgers a walk-off win against the rival San Francisco Giants Tuesday night.

MLB // 5 days ago
Cubs score six in ninth, rally vs. Cardinals
July 21 (UPI) -- The Chicago Cubs scored six runs in the ninth inning of an epic comeback to beat the St. Louis Cardinals on the second night of a four-game National League Central division series at Busch Stadium. 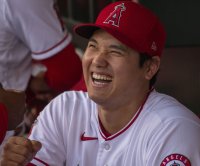