By Sarah Trotto, The Sports Xchange 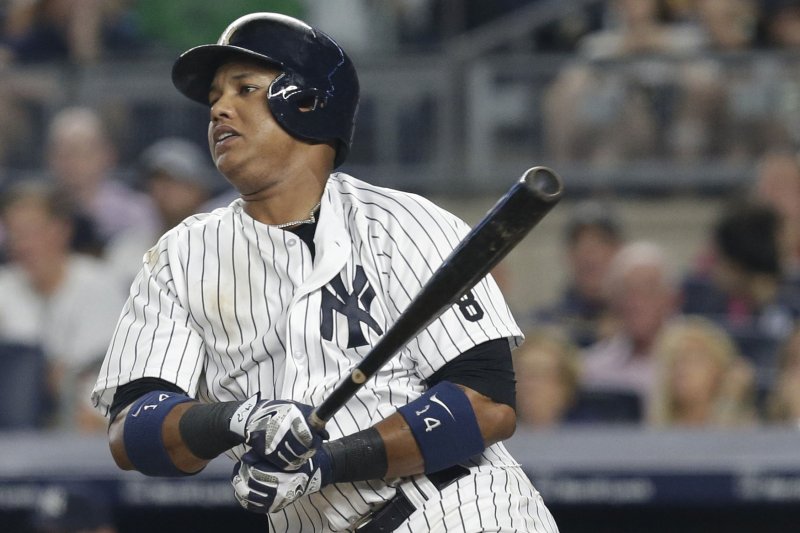 Hicks' four hits tied a career high and Castro added three hits as the center fielder and second baseman were a combined 7-for-9 with six RBIs and five runs scored.

Hicks hit a three-run home run in the eighth inning, and Castro smacked a two-run shot in the fourth.

The Yankees scored five times in the first inning en route to their fourth straight victory and 18th in 23 games.

Cubs starter Brett Anderson (2-2) departed early due to lower back tightness after another rocky outing. He recorded one out and allowed five runs and six hits after throwing 23 pitches.

Javier Baez hit an RBI single and Miguel Montero added a two-run infield single in a three-run eighth for Chicago.

Montero, normally a catcher, took the mound in the ninth for his second career appearance as a pitcher. He issued two walks but pitched a scoreless inning before tipping his hat as he left the mound.

Anderson allowed three doubles, including a two-run hit to Chase Headley and spiked a throw to first base for an error. Anderson has allowed 12 runs in 1 2/3 innings over his last two starts and 21 in 11 1/3 innings in his last four turns.

The Yankees added a run in the third when Chris Carter's grounder skipped past third baseman Kris Bryant for an error.

Castro hit his sixth homer of the season for an 8-0 lead in the fourth. Chicago reliever Felix Pena departed after allowing three runs (two earned) and five hits in 3 2/3 innings.

The Cubs ended the shutout on Jon Jay's groundout after Albert Almora Jr. walked and advanced on a double in the fifth. Another run scored on shortstop Didi Gregorius' wild throw to first base.

NOTES: The Cubs recalled LHP Rob Zastryzny from Triple-A Iowa and designated OF Matt Szczur for assignment before Saturday's game against the Yankees. Chicago OF Jason Heyward was out of the starting lineup with a sore knuckle on his right hand after making a dive Friday, but was available off the bench. ... Cubs OF/C Kyle Schwarber got a day of rest against a starting left-hander. ...Chicago RHP Hector Rondon was expected to be unavailable for rest. ...Yankees OF Jacoby Ellsbury (elbow) remained out of the starting lineup for the fourth straight game. ...Yankees RF Aaron Judge batted cleanup for the first time in his career and was 0-for-5. ... Yankees manager Joe Girardi said he is looking at starting Matt Holliday at first base on Sunday against LHP Jon Lester. 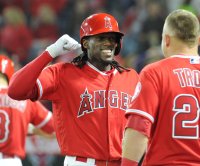 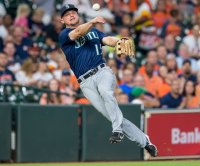