New York Mets catcher Travis d'Arnaud makes contact with the ball. D'Arnaud had the game's final run to win it against the Marlins. File photo by Kevin Dietsch/UPI | License Photo

MIAMI -- The Miami Marlins ran out of setup relievers.

The New York Mets didn't run out of power.

Travis d'Arnaud blasted an upper-deck solo home run in the top of the 16th inning to lead the Mets to a wild 9-8 win over the Marlins on Thursday night at Marlins Park.

"The emotions of the home run helped lift my legs," said d'Arnaud, who caught all 16 innings.

It was New York's fourth homer of the night and 14th in the past four games as the Mets (7-3) won their fifth consecutive game. Yoenis Cespedes homered twice, and Wilmer Flores hit one.

D'Arnaud's blast was the latest in terms of innings by a Mets catcher in franchise history. And Cespedes, who has five homers in the past three games, has six for the season, tops in the majors.

The game, which ended at 12:51 a.m. EDT, was tied for the fourth longest in Marlins history.

D'Arnaud went 4-for-6 with four RBIs and is hitting .333. He hit his homer to left on the second pitch by Adam Conley (1-1), who had been scheduled to start on Friday but was used when the Marlins ran out of relievers.

"It was a crazy game," said Miami manager Don Mattingly, who did not use closer A.J. Ramos because he was saving him for a save situation that never arrived. "For us, it hurts."

"I could have used a day off," said Robles, who pitched for the fourth day in a row. "But I felt good and told them I could do this."

Miami (4-5) was led by Marcell Ozuna, who hit a grand slam and has four homers and a major-league-leading 16 RBIs this season. Ozuna ended the game when he hit a long fly out to the warning track in center.

Mets manager Terry Collins, knowing Miami was out of pinch hitters, could have intentionally walked Ozuna, forcing the potential tying run to second base. That would have brought a weak-hitting pitcher, Conley, to the mound.

Instead, Collins let Robles pitch to Ozuna, and the move nearly backfired.

"Kind of," Mattingly said when asked if he were surprised by Collins' choice, "but I try to stay out of the other manager's (decisions)."

It was an odd game in which eight runs were scored in the first inning and 15 were tallied by the fifth. But then the game became a pitching duel, with just two runs scored from the sixth to the 16th inning.

After loading the bases with two walks and an infield single in the first, the Marlins got four quick runs on Ozuna's two-out grand slam down the left field line.

The Mets came back to tie the score in the bottom of the first. They loaded the bases with no outs on three singles and cashed in on d'Arnaud's three-run triple to right that beat a shift and Curtis Granderson's two-out single to center.

New York led off the third with homers on consecutive pitches by Cespedes and Flores. Cespedes went deep again in the fifth as New York went up 7-4.

Gsellman had retired 10 consecutive batters before Miguel Rojas led off the fifth with an infield hit that spun oddly and handcuffed Mets second baseman Neil Walker. That led to the bases loaded, a four-run inning and an 8-7 Miami lead.

Miami's scoring plays were a walk by Christian Yelich, a sacrifice fly by Giancarlo Stanton, an RBI double by Justin Bour and a run-scoring single by Derek Dietrich. The hits by Bour and Dietrich, both lefty batters, came against lefty reliever Josh Edgin.

The Mets appeared to tie the score in the seventh on a single by Jay Bruce. Cespedes came home from second on the play, but, after a review, it was ruled that catcher A.J. Ellis made a grazing tag. The assist went to Ozuna in left field.

New York tied the score in the eighth. D'Arnaud hit a two-out single and scored from first when pinch hitter Michael Comforto pulled a double to the right-center gap.

After that, the offenses went dark for a long stretch, thanks to excellent relief pitching on both sides. One of those relievers, Miami's Nick Wittgren, who pitched three perfect innings with three strikeouts, was sent down to Triple-A New Orleans after the game. The Marlins will recall a minor-leaguer on Friday.

"Nick was one of the casualties of a game like this," said Mattingly, noting that Wittgren was the only reliever on his staff who had options and could be sent to the minors. "We need someone who can give us innings."

NOTES: Mets RHP Noah Syndergaard will start Friday as scheduled. Miami will start RHP Edinson Volquez, who moves up one day to replace LHP Adam Conley. ... Marlins owner Jeffrey Loria announced he commissioned a 10-foot-tall bronze statue of ex-pitching star Jose Fernandez, who died in a boat crash in September. The statue, which will likely reside in front of Marlins Park, should be ready toward the end of the season. ... The Mets benched 3B Jose Reyes because he was hitting .054 (2-for-37). He lined a pinch-hit single in the sixth. ... The Mets activated CF Juan Lagares (left oblique) and sent RHP Paul Sewald to Triple-A Las Vegas. Lagares went 0-for-3. 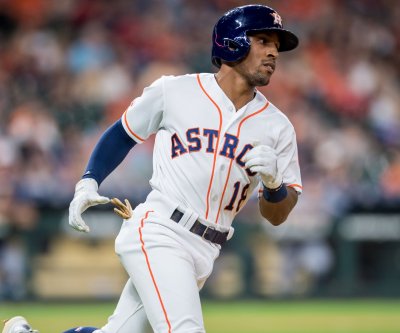