Months after Joe West told Bill Murray in World Series Game 7 he had it under contract, 'total piece of junk' still listed for sale.

The 1979 Striker from the film "Caddyshack." (YachtWorld)

That could have been a "Caddyshack" reference umpire Joe West tossed to the classic comedy film's star Bill Murray when he talked to him during Game 7 of the World Series Nov. 2 in Cleveland. A couple months later it looks like he dodged a bullet.

West walked over to the stands during the seventh inning stretch of the Chicago Cubs' 8-7 victory at Progressive Field to tell the 66-year-old actor that he was purchasing the famous yacht from the movie, owned by Rodney Dangerfield's obnoxious developer character, Al Czervik. The 1979 Striker 60 was on sale in Annapolis, Maryland for $129,000.

The breathless online sales pitch: "Here's your chance to buy not only a great Sportfisherman and awesome Sea boat but a movie legend as well! Star of Caddy Shack, Big Dog was Rodney's yacht in the movie and ran over everything in sight! "Move over Swanson, I'm driving!" Of course, being a Striker and built like a Tank, she can handle anything you throw at her! So if you are in the market for a fabulous rough water fishing boat with a bit of movie history thrown in, this is your boat! And at a great price as well! She needs some TLC but well worth the effort," reads the description on YachtWorld.com.

The 60-foot Big Dog has an aluminum hull and a twin/diesel 650-horsepower engine. In the movie it bore the name "Seafood."

West had the Striker under contract, pending his personal inspection, according to the seller from Reel Deal Yachts in Fort Lauderdale.

It appears West's inspection didn't go so well – Big Dog was still in the doghouse at the Annapolis boatyard, according to a Jan. 5, 2017 story by the Wall Street Journal. And it remained listed for sale Jan. 5.

"It's a total piece of junk," Striker Yacht Corp. CEO Edward Ennis admitted to the Journal. He said an inspection turned up a mold infestation, hull damage and the need for engine work. No mention of a scratched anchor.

Only eight Striker 60s were made and just two are confirmed to exist, including a beautifully restored ship in Florida named "Caddyshack" and claimed to be from the movie.

The good news is, thanks to investigative reporting by the Journal's John Clarke, if there ever is a buyer brave enough to take it on, they can be fairly sure Big Dog is the real deal, and not one of several claimed imposters. 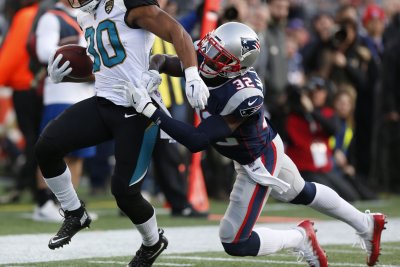