Chicago White Sox pitcher John Danks delivers against the Minnesota Twins during the first inning at U.S. Cellular Field in Chicago on May 4, 2011. The Twins won 3-2. UPI/Brian Kersey | License Photo

ATLANTA, Dec. 12 (UPI) -- John Danks was once a 15-game winner, but shoulder issues have sent his career spiraling.

Source: John Danks has signed with the Atlanta Braves. Danks, 31, is coming back after sitting out most of 2016. It's a minor league deal.

Danks told FanRag Sports' Jon Heyman last month that he planned to pitch this season. His new deal means that he will attend Braves' spring training.

The southpaw held a 7.25 ERA and 0-4 record in four starts last season for the White Sox, before being designated for assignment in May. Due to a stuffed Braves rotation, it appears Danks would likely be set up for a relief pitching role.

Sad to See John Danks DFA’d. Was a favorite of mine pre-shoulder surgery but was never the same. Will never forget Game 163 in ’08. 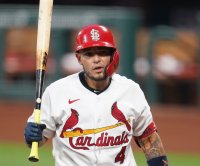 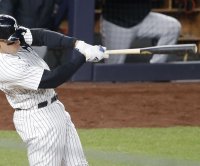