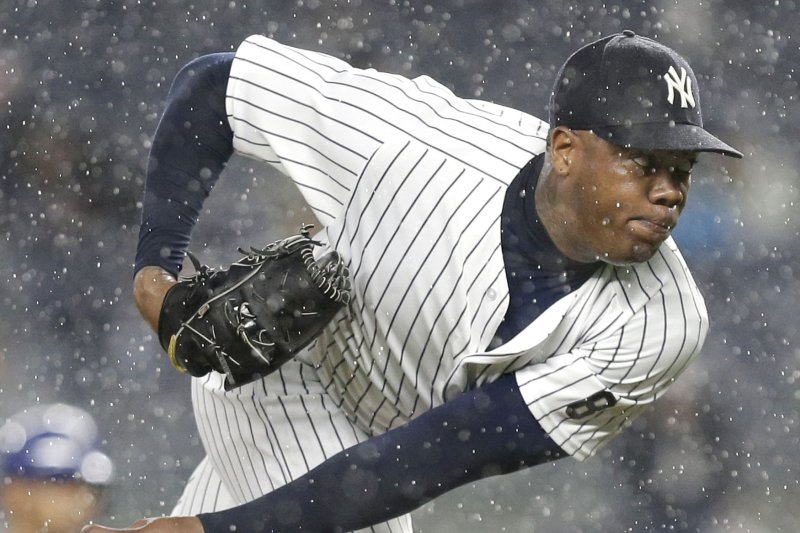 The New York Yankees have told teams they are close to trading closer Aroldis Chapman ahead of the Aug. 1 trade deadline, according to multiple reports Sunday.

The flame-throwing left-hander, known for a fastball that can reach 105 mph, has been one of the biggest names rumored to be on the trading block.

Chapman, 28, was suspended for the first 30 games of the season under Major League Baseball's domestic violence policy for his involvement in an alleged incident in October. Chapman was accused of choking and shoving his girlfriend at their Miami-area home.

The Yankees acquired Chapman in January from the Cincinnati Reds in exchange for four minor leaguers. The seven-year veteran has converted 20 of 21 save opportunities in 31 1/3 innings with a 2.01 ERA and 44 strikeouts this season.

Chapman agreed to a one-year contract for $11.325 million in February to avoid salary arbitration.

The Yankees are planning to retain left-handed reliever Andrew Miller, according to reports. The 31-year-old Miller, who is under contract through 2018, has a 1.45 ERA in 43 1/3 innings with seven saves and 74 strikeouts. He was the Yankees' closer in 2015.