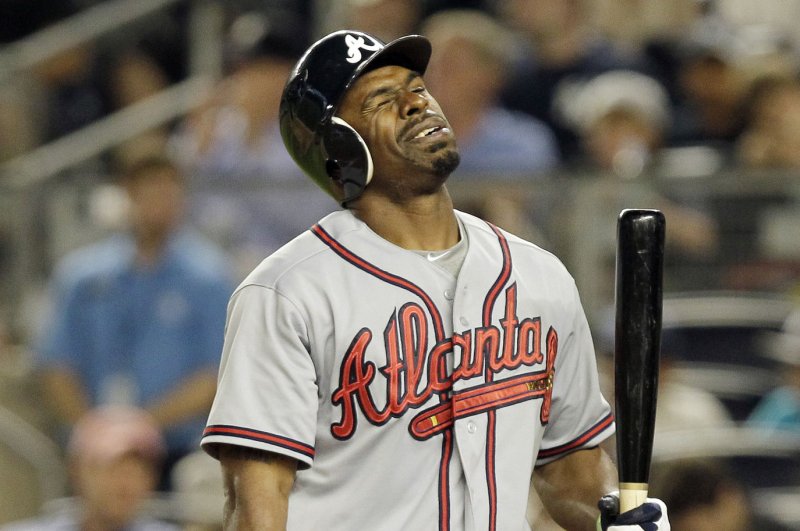 LAKE BUENA VISTA, Fla., April 2 (UPI) -- When the stove cooled on Michael Bourn talks, the Atlanta Braves knew it was time to move on from the outfielder.

Bourn is owed $14 million this season and had a $12 million vesting option in 2017. The Braves decided eating the cash was a better option than letting the 33-year-old veteran ride the pine.

Mark Bowman of MLB.com reported in January that the Braves were trying to trade Bourn or Nick Swisher.

The Braves "owe more than $25 million to players who won't be on their Opening Day roster," according to Creg Stephenson of AL.com.