Jan. 25 (UPI) -- Tiger Woods was in danger of missing the cut Friday at the Farmers Insurance Open, but rebounded to stay alive.

Woods started his second round with the back nine and posted a 2-under 70 to move to 4-under overall in the event. He started the round with a birdie and was 2-under through the first eight holes before a costly double bogey on the 18th hole, his ninth hole of the day.

Woods rebounded in the final nine holes to make the cut line, but sits well off the lead. He trails leader Justin Rose by nine strokes headed into the third round.

The 43-year-old Woods traditionally has done well at Torrey Pines, winning eight times at the course in his career.

Rose (-15) leads the way, followed by Hideki Matsuyama at 12-under.

Billy Horschel, Ryan Palmer and Jon Rahm remain tied at third after getting to 10-under. Joel Dahmen (-9), Si Woo Kim (-9) and Sangmoon Bae (-9) sit in a tie for sixth place. 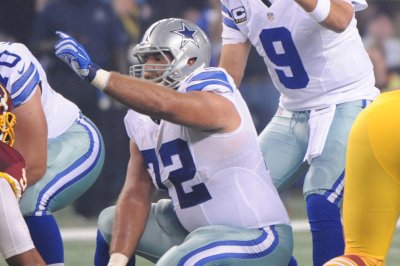