Golfer Tiger Woods attends the match between Rafael Nadal of Spain and Keven Anderson of South Africa during their championship match in Arthur Ashe Stadium on Sunday at the 2017 US Open Tennis Championships at the USTA Billie Jean King National Tennis Center in New York City. Photo by Ray Stubblebine/UPI | License Photo

He was also there for Nadal's finals victory against South Africa's Keven Anderson. Woods sat in Nadal's players box along with his coaches, friends and family.

This isn't the first time Woods has shown off his silver and black fandom. He posted a photo of his pool table in July. The table is outfitted with silver and black cloth and has an large Oakland Raiders logo in the center.

Woods, 41, hasn't played competitive golf since January. He is coming off of his fourth back surgery. In August, Woods took to the course to showoff his pitching skills.

"Dr. gave me the ok to start pitching," Woods wrote on Twitter. 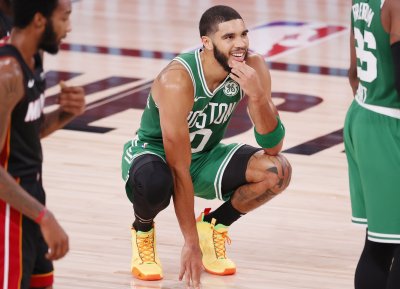