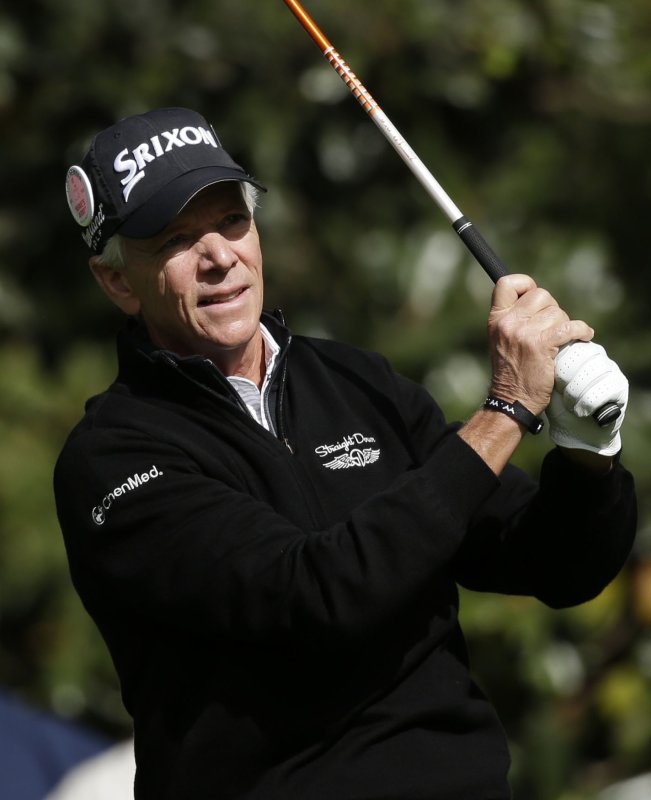 Larry Mize shot an 8-under-par 64 on Thursday to take a one stroke lead after one round of the Senior Players Championship at Caves Valley Golf Club in Baltimore.

Mize, the 1987 Masters champion, had nine birdies and one bogey while shooting his lowest round of the year and the second lowest of his Seniors career. He was particularly effective on the green. He had just 22 total putts on the round and that included 12 one-putts.

"Obviously to shoot 64 you always have to get the putter going, and the putter was working really well today," Mize told PGATour.com. "I made a (50-foot) bomb on No. 9 that if you would have told me I could two-putt, I'd have picked up my ball and not putted it. Things just went well for me today."

"I think the setup was really good today," Mize said. "You hit good shots, you'll get rewarded. You can make some birdies out there. I'm very pleased with my round."

Bernhard Langer, Corey Pavin and Steve Flesch were tied for second after shooting 7-under 65s .

Langer has won three straight Senior Players Championships and is in position for a fourth. His 65 on Thursday represented his 19th consecutive sub-par first round, a streak that started at last year's Boeing Classic.

"I played very nicely," said Langer. "Played smart, played good, putted good. Going around here without a bogey is not a bad day, and to make seven birdies, it's nice."

Pavin, whose group was the first to tee off Thursday, had an eagle on the par-4 11th hole when he chipped in. He had no bogeys.

"When I got my starting time on Tuesday afternoon, I thought, 'Oh my gosh, that's early,'" Pavin said of the 7:40 a.m. start. "And then I saw the weather and thought maybe that's a good thing. It was good to be out there. It was pretty hot and it was really steamy early, but it was supposed to get hotter as the day went on."

RELATED This week in golf: Who is playing, how to watch, complete schedule

Flesch was the last player to get into the field, as he gained entry when Bart Bryant withdrew. Flesch was an alternate and was back home in Kentucky when he received word on Tuesday that he had made the field. He got a quick flight to Baltimore and arrived at the course on Wednesday.

"A couple of the mistakes today were from not knowing the golf course very well, only getting one practice round and not hitting it very well and not practicing much last week," Flesch said. "But I played good today, putted great."

Brandt Jobe was at 9-under after 16 holes, but was 3-over on the final two holes. He finished the day at 6-under 66 and tied for fifth with Scott Dunlap.

Tied for seventh, another stroke back, were Jim Carter, Scott McCarron and Ian Woosnam of Wales.